We are talking about expanding the shield of defence during a strong surge of the COVID-19 pandemic in order to save human lives and return to some kind of normalcy. 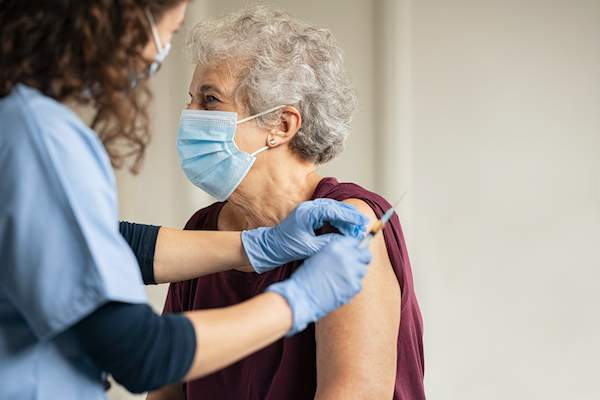 Compulsory vaccination for citizens who are age 60 and over is both necessary and urgent.

The numbers and all the data leave no time or space for further experimentation and toleration.

The evidence from the battles being waged in hospital ICUs overwhelmingly supports the necessity of compulsory vaccination.

Seven out of ten intubated patients are age 60 or older and eight out of ten are unvaccinated. The experience of European countries such as Portugal and Denmark demonstrates the usefulness of the measure.

In countries that have reached 99 percent vaccination in this age bracket, the pressure on the health system and the number of deaths are ten times lower than in Greece.

This is not a correctional or punitive measure, or anything like that.

We are talking about expanding the shield of defence during a strong surge of the COVID-19 pandemic in order to save human lives, about the challenge of achieving a return to some kind of normalcy, and about relieving the huge burden on the National Health System, which has reached the breaking point.

This is an issue of protecting the population. It is not guerrilla warfare or an exercise in coercion.

Even at this late date, this must be understood by those who have not realised the level of danger and the risks involved for the entire country.

TANEA Team 1 Δεκεμβρίου 2021 | 16:03
Share
Δείτε επίσης
Περισσότερα άρθρα για Αγγλική έκδοση
Tsipras posts on the social media and frequently as possible Editorial: Obligations
Universities have become a sort of state within the state Editorial: Enough is enough!
Nobody for whatever reason has the right to beat a professor Editorial: Zero tolerance
The shift in America’s priorities should come as no surprise Editorial: Fluidity
We have the weapons, the experience, and obviously the collective will Editorial: Transcending the pandemic
How do you negotiate with Vladimir Putin? Editorial: Dilemma
Editorial: Phenomenon
Maintaining tensions does not contribute to dialogue or good neighbourly relations Editorial: Pragmatism in Greek-Turkish relations
The alarm bell of daily life is urgently ringing Editorial: Alarm bell
We believe that the projections of scientists are exaggerated. They are not. Editorial: Living dangerously
It is up to us to exit the pandemic on our feet Editorial: Caution
The cost of a total lockdown would be very high for the economy Editorial: The need for personal responsibility, again
Banks – They secure short-term loans to provide new ones
Price increases in energy threaten the viability of businesses
Tax clearance certificate – What to expect in 2022