Editorial: The duty to combat the far right

Greek voters did their duty in the 7 July, 2019, general elections by denying the neo-Nazi Golden Dawn party the three percent threshold required to enter Parliament. 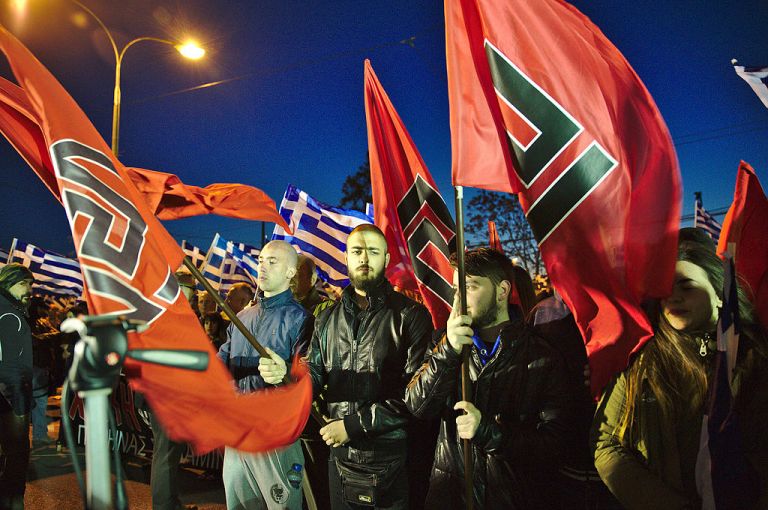 It has been one year since an Athens appellate court convicted 18 political cadres of the now defunct far-right Golden Dawn party.

The judiciary performed its duty by declaring the party a criminal organisation and imprisoning its leadership group, including six of its MPs.

Greek voters did their duty in the 7 July, 2019, general elections by denying the neo-Nazi party the three percent threshold required to enter Parliament.

Unfortunately, on the first anniversary of the verdict and of a historical moment for Greek democracy, the spectre of a rebound of the extreme right has preoccupied public discourse.

The recent incidents at the professional lyceum (EPAL) in the Stavroupolis area of Thessaloniki, and the rhetoric chosen by the political system to incorporate them in the clashes between parties, has brought to the fore the need to confront this part of the political spectrum.

Concerns over a potential return of Golden Dawn followers and of the organisation’s ideological current are widespread, as they are shared by citizens regardless of their ideological orientation.

However, one must not forget that in the very recent past a substantial segment of voters gave the fascists the opportunity to don the cloak of parliamentarism in order to undermine our democratic form of government from within.

Nobody has forgotten that and no one is entitled to overlook it.

All of us – citizens and politicians – must make sure not to repeat the mistakes of that period.

All democratic parties are called upon to form an alliance in order to ensure that we can put an end to all manner of neo-Nazi groupings.

Evil is indeed banal, as Hannah Arendt famously said, but to keep it from prevailing we must take care to remember that on a daily basis in order to isolate it.

We now have the experience needed to do so.

TANEA Team 7 Οκτωβρίου 2021 | 14:34
Share
Δείτε επίσης
Περισσότερα άρθρα για Αγγλική έκδοση
Meetings with President Katerina Sakellaropoulou, Archbishop Ieronymos Pope Francis to visit Cyprus, Greece in December
Evangelos Marinakis on CPLP’s bond listing at the Athens Stock Exchange: “Green investments are the future”
Washington concerned about religious freedom of the patriarchate in Turkey Vartholomeos has one-hour meeting with Biden: Religion, rights, and geopolitics on US visit
What a great thing it is to be fighting for your life even as you battle for the common good! Editorial: Standing tall
It is the greatest foreign policy crisis in Erdogan's 19 years in power Following domestic, international uproar Erdogan backs off on expulsion of 10 Western ambassadors
The UN Secretary has warned that humanity is already in a state of emergency Editorial: A duty towards our children
'The UK played a decisive role in achieving Greece’s independence' FM Nikos Dendias: Greece-UK bilateral cooperation agreement to include defence and security issues
Vartholomeos has fervently pursued inter-faith dialogue with the Muslim and Jewish faiths Religion, rights, and geopolitics on Vartholemos' US visit, meetings with Biden, Blinken, Pelosi
At Greek universities progress is battling regression. Editorial: Two worlds
Editorial: Opportunity
Angela Merkel – In Athens on October 28 and 29
If the pandemic is checked, we can hope for much better days Editorial: Turning point for Europe
Record-breaking over-subscription for CPLP bond issue
We have a duty to ensure for families a network of protection in our schools. Editorial: Maintaining balances
We have the power to leave behind this unprecedented crisis. Editorial: Exiting the pandemic