As Biden underlined in his address to the UN General Assembly yesterday, the return of the US to the global stage is not about military force - “US military power must be our tool of last resort,” he declared. 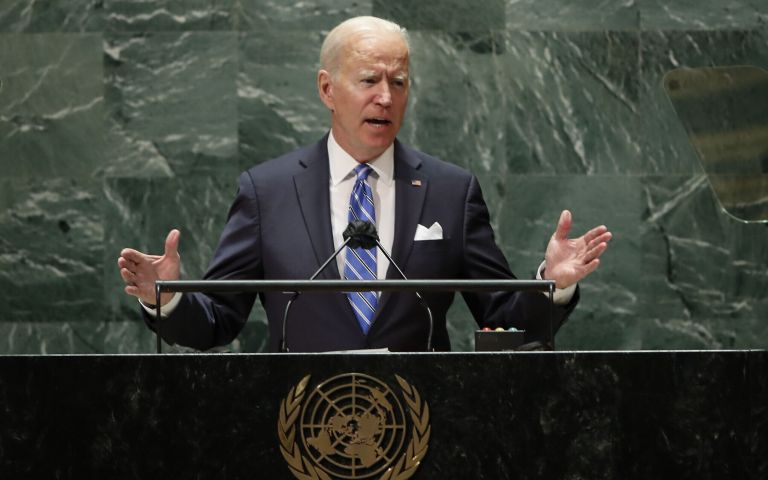 US President Joe Biden has chosen a particular mixture of policies.

On the one hand he is touting the doctrine “America is Back”.

As he underlined in his address to the UN General Assembly yesterday, the return of the US to the global stage is not about military force - “US military power must be our tool of last resort,” he declared at the UN – but rather about the democratic values that characterise the US – liberty, equality, opportunity, and universal rights.

“Democracy remains the best tool we have to unleash our full human potential,” he said.

On the other hand, there is the slogan “America First” that Biden received from his predecessor.

In the name of that doctrine, he decided to withdraw US troops from Afghanistan without consulting with America’s allies, and he signed the AUKUS agreement with the UK and Australia without briefing France and the rest of the EU.

He has adopted a similar posture as regards the economy, closing the cycle that began with Ronald Reagan and opting for a “social democratic” policy.

It remains to be seen how well these two doctrines can be combined in order to shape a cohesive policy.

Naturally, much will depend on America’s domestic political balances.

Yet, Europe does not have the luxury of waiting. Freed from the bridles that were held, for different reasons, by the UK and German Chancellor Angela Merkel, it can now pursue with all its forces a desirable strategic autonomy.

TANEA Team 22 Σεπτεμβρίου 2021 | 16:27
Share
Δείτε επίσης
Περισσότερα άρθρα για Αγγλική έκδοση
Meetings with President Katerina Sakellaropoulou, Archbishop Ieronymos Pope Francis to visit Cyprus, Greece in December
Evangelos Marinakis on CPLP’s bond listing at the Athens Stock Exchange: “Green investments are the future”
Washington concerned about religious freedom of the patriarchate in Turkey Vartholomeos has one-hour meeting with Biden: Religion, rights, and geopolitics on US visit
What a great thing it is to be fighting for your life even as you battle for the common good! Editorial: Standing tall
It is the greatest foreign policy crisis in Erdogan's 19 years in power Following domestic, international uproar Erdogan backs off on expulsion of 10 Western ambassadors
The UN Secretary has warned that humanity is already in a state of emergency Editorial: A duty towards our children
'The UK played a decisive role in achieving Greece’s independence' FM Nikos Dendias: Greece-UK bilateral cooperation agreement to include defence and security issues
Vartholomeos has fervently pursued inter-faith dialogue with the Muslim and Jewish faiths Religion, rights, and geopolitics on Vartholemos' US visit, meetings with Biden, Blinken, Pelosi
At Greek universities progress is battling regression. Editorial: Two worlds
Editorial: Opportunity
Angela Merkel – In Athens on October 28 and 29
If the pandemic is checked, we can hope for much better days Editorial: Turning point for Europe
Record-breaking over-subscription for CPLP bond issue
We have a duty to ensure for families a network of protection in our schools. Editorial: Maintaining balances
We have the power to leave behind this unprecedented crisis. Editorial: Exiting the pandemic