Olympic Games: Lefteris Petrounias is pursuing the first Olympic “repeat” in the still rings after 1972

An achievement that no other Olympian in the still rings competition has achieved for almost half a century, will be pursued in Tokyo by Lefteris Petrounias, proving that he is made to break records 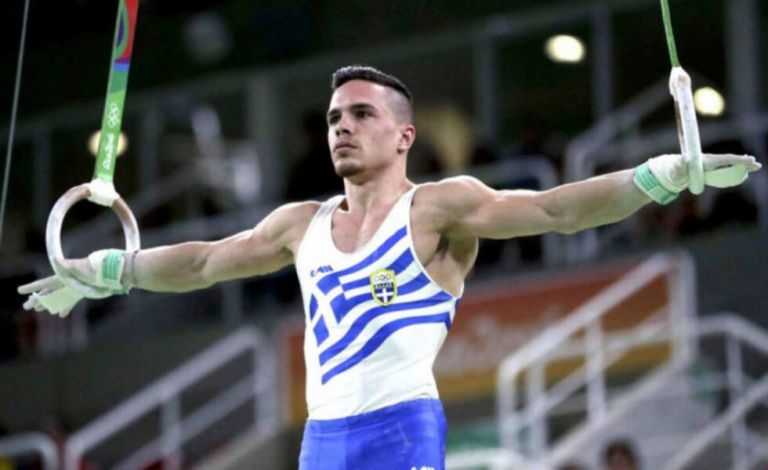 Lefteris Petrounias will pursue, in Tokyo, an achievement that no other Olympian in the still rings has achieved for almost half a century, proving that he was born to break records. His possible dominance in the final next Monday (02/08) will turn him into one of the multi-gold winners in the Olympic History of the sport, but also the only one with two consecutive titles after 1972!

To date, in the entire history of the Olympic Games, only two legendary athletes have won two gold medals in the still rings competition: Albert Azarian of Armenia, who won representing the Soviet Union in 1956 and 1960, and Japan’s Akinori Nakayama, winner of the 1968 and 1972 Games.

Next to them, the Greek “lord of the rings” will seek to add his own name, claiming a corresponding “repeat” at the stadium in the Ariake area of the Japanese capital.

Indicative of the enormous difficulty of the project is also the fact that in the last 40 years only three athletes, in different individual competitions in men’s artistic gymnastics competitions, have successfully defended their Olympic title: Spaniard Hervasio Defer in vault (Olympic 2000 & 2004), Chinese athlete Kai Zhou in the floor gymnastics (2008 & 2012) and Japanese “King” Kohei Uchimura in the men’s all around  (2012 & 2016).

Of all the “gold” Olympians in Rio, Lefteris Petrounias and Briton Max Whitlock on the pommel horse are the only ones who will be present in the finals of the competitions in Tokyo, with the prospect of entering this “club” of the elite if they win again.

The 30-year-old still ring specialist will, in fact, have an additional motivation to stay on top: “My goal is to become a” gold “Olympian for the second time in a row. It is not easy in Gymnastics, but I have my children in mind. It would be great to write history here and have something to show my babies when they grow up,” was the statement hosted by the International Gymnastics Federation (FIG) after his impressive appearance in the qualifier, where he won with 15,333 points.

The still rings  final will take place on Monday, August 2 (11:00 – 11:35 Greek time) and based on the draw, Lefteris Petrounias will execute his program 7th among the eight finalists.

TANEA Team 27 Ιουλίου 2021 | 17:41
Share
Περισσότερα άρθρα για Αγγλική έκδοση
Editorial: Turning a page
'This is no longer about climate change. This is about addressing a climate crisis.' Mitsotakis focuses on pandemic, climate crisis, and Greek-Turkish relations in UN speech
The head of SYRIZA’s Citizen’s Protection policy section simply followed his party’s mannerism Editorial: Mannerism
The cottage industry of lawsuits against educators constitutes a disruption of social peace Editorial: Decisiveness
For the Ecumenical Patriarchate, which has spiritual authority over the Church in America, Elpidophoros, 54, is the best and the brightest that it has to offer. Tempest in a teapot: The attacks on Archbishop Elpidophoros and foreign policy stunts
US President Joe Biden has chosen a particular mixture of policies Editorial: Doctrines
Approximately 160,000 people in Greece today are afflicted with Alzheimer’s disease Editorial: Reminder
Unrepentant, Tsipras unleashed charges against the government and announced handouts Editorial: A return to the past
The country is in great need of stability., not electoral surprises Editorial: Normalcy
The EU’s adjustment of financial rules has facilitated the situation Editorial: Lessons
Editorial: The conundrum of early elections
It is common knowledge that all political parties seek the vote of Greece’s youth Editorial: Greece’s youth
In a democracy, elections cannot serve as a weapon for prime ministers Editorial: The need for electoral stability
Mitsotakis rules out any prospect of political consensus with SYRIZA
Merkel’s statement should lead us collectively to a rethinking of what happened and not reflexive indignation Editorial: The price of imprudent politics