Editorial: The 'most complex' Games

Once again, however, the best athletes in the world, including 83 young men and women from Greece, will have the opportunity to demonstrate their talent. 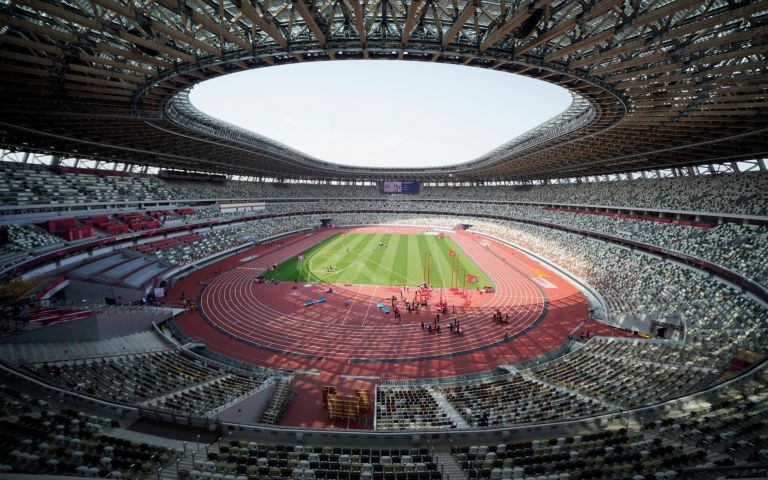 Yesterday’s firing of the director of the Olympics opening ceremony over a joke he made about the Holocaust in 1998 has further burdened the atmosphere in Tokyo. That had been preceded by charges of rape, a scandal regarding intimidating a disabled person, and the disappearance of a weight lifter.

Yet, it is the pandemic that has cast the heaviest shadow on the “most complex” Games ever, as the president of the International Olympic Committee described them.

They were already postponed once last year, and if that were to happen again it would lead to their cancellation, with huge economic cost.

Hence, despite the dangers and the opposition of a large segment of the Japanese population, it was decided to hold the Games with empty stadiums and with all necessary security measures to avoid transmission of COVID-19.

Undoubtedly, these Games will be strange, as are the times in which we are living. They will be silent and only televised.

Once again, however, the best athletes in the world, including 83 young men and women from Greece, will have the opportunity to demonstrate their talent on the greatest athletic stage of the planet.

If all goes well, the fears, reservations, and concerns will be forgotten, and it will be proven once again that that athletics have their own dynamic, logic, and charm.

TANEA Team 23 Ιουλίου 2021 | 13:35
Share
Δείτε επίσης
Περισσότερα άρθρα για Αγγλική έκδοση
Approximately 160,000 people in Greece today are afflicted with Alzheimer’s disease Editorial: Reminder
Unrepentant, Tsipras unleashed charges against the government and announced handouts Editorial: A return to the past
The country is in great need of stability., not electoral surprises Editorial: Normalcy
The EU’s adjustment of financial rules has facilitated the situation Editorial: Lessons
Editorial: The conundrum of early elections
It is common knowledge that all political parties seek the vote of Greece’s youth Editorial: Greece’s youth
In a democracy, elections cannot serve as a weapon for prime ministers Editorial: The need for electoral stability
Mitsotakis rules out any prospect of political consensus with SYRIZA
Merkel’s statement should lead us collectively to a rethinking of what happened and not reflexive indignation Editorial: The price of imprudent politics
Self-tests, contact tracing key to safe re-opening of schools Spike in COVID-19 cases expected after schools open next week
The repercussions of these illegal actions are not limited to public health Editorial: A threat to society
September has arrived, but the University Protection Groups did not keep the rendezvous Editorial: Rendezvous
Theodorakis exemplified the sacred and mystical marriage of music and poetry The Greek nation bids farewell to beloved composer Mikis Theodorakis
One must be very careful in making choices that will influence the education of future generations Editorial: The time has come for a bold ‘yes’
Hellenic Statistical Service Staikouras for GDP – Strong recovery confirmed