Tourism minister in the Netherlands

In 2019 the arrivals to Greece from the Netherlands had reached 1,150,000, setting a record for the decade 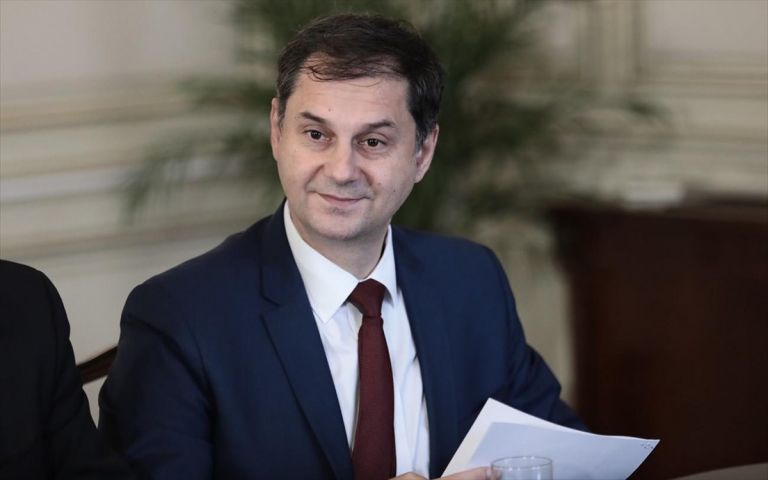 Minister of Tourism, Haris Theocharis, is visiting the Netherlands today, Monday, June 7, as part of a tour of countries of high tourist interest in Greece. Indicatively, it is mentioned that in 2019 the arrivals to Greece from the Netherlands had reached 1,150,000, setting a record for thea decade.

In Amsterdam, the Minister of Tourism will have meetings with representatives of the largest tour operators and travel agencies in the Netherlands, while he will also give interviews to electronic and print media.

In particular, Mr. Theocharis will have a working meeting with Mattijs ten Brink, managing director of the tour operator “SUNWEB”, a group with a particularly strong presence in the tourist market of Greece. It is pointed out that in 2019 “SUNWEB”, with 170,000 vacation packages, covered a 25% share of tourist traffic from the Netherlands to Greece and in fact in 30 different destinations. The tour operator “Eliza was here” belongs to the same group, which specializes in organizing holidays with room reservations in boutique hotels and superior accommodation.

This will be followed by a working lunch of Mr. Theocharis with Mr. Arjan Kers, General Manager of TUI Nederland, which represents 29% of the Dutch market for Greece, with about 200,000 vacation packages per year.

The next meetings of the Minister of Tourism in the Netherlands will be with the President of the Association of Tour Operators of the Netherlands (ANVR) Mr. Frank Oostdam and the Commercial Director of the “Travel Club” Mrs. Martine de Knoop. It is noted that Travel Club is a chain with 300 independent travel agents and a total turnover of 6.5 million euros per year, only for Greece.

Afterwards, the Minister of Tourism will meet with the owner of the tour operator “Corendon” Atilay Uslu and the CEO of the same Organization Mr. Steven van der Heijden. On Monday afternoon, he will have talks with the director for Greece and head of the advertising program on behalf of the tour operator “Silverjet Vakanties” Lydia Kortekaas.

After his meetings, Mr. Theocharis will leave Amsterdam for the next stop of his tour, Copenhagen.

TANEA Team 7 Ιουνίου 2021 | 11:42
Share
Δείτε επίσης
Περισσότερα άρθρα για Αγγλική έκδοση
A businessman has the right to bar entry to his or her establishment of unvaccinated people Editorial: Reaching an understanding
Editorial: Privileges
The NATO Summit is bound to be newsworthy as it is Biden’s first Editorial: Lines
The government must ensure that the path toward modernisation will begin. Editorial: Changes
Covid free Kythnos island – 100% of the population vaccinated
There are strikes, like the one at the port, held just for the sake of declaring them Editorial: Conceptions
Ideally, we should fashion a new social and economic model for Greece Editorial: Model
The government must urgently undertake necessary initiatives to root out organised crime Editorial: Root out organised crime
COVID-19 vaccines and immunity: We are not among the lucky ones
Our era requires balances, seriousness, planning, and of course to defend one’s red lines Editorial: A coordinated foreign policy
The Turkish Foreign Minister confirms that the big goal is to convene a Mitsotakis – Erdogan meeting Exclusive Interview TO VIMA – Mevlut Cavusoglu: The “keys” for a solution
Fear could lead to slowing down the pace of appointments in the vaccine rollout Editorial: Choices
In our age, references to international law seem cliché or even something of a joke Editorial: Red lines of democracy
The UGS’s position on the recent statements made by Mr. Panos Laskaridis
Greece must keep open the lines of communication with Russia Editorial: Maintaining geopolitical balances