COVID-19 vaccines and immunity: We are not among the lucky ones

We turned to Assistant Professor of Hygiene and Epidemiology Gkikas Magiorkinis to elucidate for a wider audience the basic science underlying vaccines and immunity and the complex equation of cell immunity. 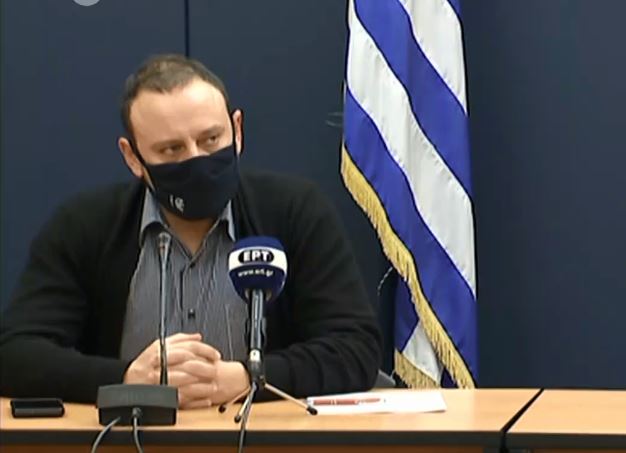 The global terror wrought by COVID-19 is perhaps most intensely felt by immunosuppressed patients who amidst the wholly justified international jubilation over the discovery of vaccines suddenly discover they are not among the lucky ones.

The emotional roller coaster ride is jolting as I discovered after the second jab of the Pfizer mRNA vaccine.

The unexpectedly swift discovery of the vaccines last year spurred high hopes for members of vulnerable groups, the very ones that the vax is chiefly supposed to protect.

The Greek Cardiological Society, for example, on 17 March issued a statement clarifying which particular heart ailments entitle one to automatically be considered a member of a high-risk group.

We looked on in January as state and government officials and then older people who were definitely in a vulnerable group were vaccinated and we had no idea about what was to be done about members of the other high-risk groups.

My doctor had told me to definitely be vaccinated obviously in order to benefit from any protection, however small.

Aside from leukaemias and other cancers where patients receive chemotherapy, there are a number of diseases and medicines that render the vaccine ineffective, and there is no indication of if and when there might be any breakthrough.

As a chronic leukaemia patient undergoing both chemotherapy and immunotherapy, I was aware that the protection the vaccine would offer me would be much reduced. A recent Israeli study concluded that the said Pfizer’s vaccine offers about 40 percent coverage.

But I had no indication of what was in store.

The second jab was a tremendous relief. Having truly complied with the lockdown in a not so splendid isolation, I yearned to flee the prison house for serious gulps of fresh air and socialising.

'You have no antibodies'

Precisely two weeks after the second dose, I arranged to have an antibodies test analysed at a specialised Athens lab.

“You have no antibodies," came the reply a week later.

All the sturm und drang and great expectations for naught. The dream of safety and freedom postponed indefinitely as scientists scramble to explore the still somewhat unchartered territory of SARS-CoV-2, immunosuppression, and vaccines.

At the end of the day, we are left to the mercy of our fellow citizens for our own protection. Only the critical mass of vaccinated people required to build a wall of immunity in society can save us from the most heightened risk.

Then there is always the hope for us that cell immunity might to to some extent compensate for the lack of antibodies. Papers in scientific journals and the press more broadly are still grappling with  the issue. In fact the two are intertwined.

That is why we view the superlative idiocy of conspiracy theorists and vaccine deniers as not only an assault to our intelligence, but even more as a threat to our very existence.

We turned to Assistant Professor of Hygiene and Epidemiology Gkikas Magiorkinis of the Athens University Medical School to elucidate for a wider audience the basic science underlying vaccines and immunity and the complex equation of cell immunity.

What does the number of antibodies tell us about a vaccine’s level of protection, and the level of immunity it offers, because international health organisation are saying that vaccination is recommended for patients who are immunosuppressed - cancer, leukaemia, and other diseases – but why if they develop almost no antibodies should they do it?

The antibody response following a vaccination challenge has qualitative and quantitative characteristics and can be thought as a marker of the immune response. Both of these antibody characteristics are important factors, however they speak only about one side of the immunity against the infection. There are known unknowns. We currently do not know exactly what the level of protection is as a function of the measured antibodies, thus we cannot provide clinical recommendations based on measured antibody levels. There are ongoing studies that will likely help us understand the level of protection offered by vaccine challenge in immunosuppressed individuals.

A public discussion has begun internationally about cell immunity and the role of T-cells especially in confronting COVID-19 in our bodies. Can there be cell immunity that protects one regardless of whether they have antibodies? What do scientists know about this now and what is your preliminary take about vaccines and cellular immunity?

Which category of patients should be most alert about the non-effectiveness of the vaccine?

Any immunocompromised individual as well as people older than 75.

Which types of medicines could render vaccines ineffective? Is there a vaccine of choice that might surmount some of these problems?

TANEA Team 1 Ιουνίου 2021 | 13:19
Share
Δείτε επίσης
Περισσότερα άρθρα για Αγγλική έκδοση
There is a danger of the war being viewed as something normal Editorial: Taking measures
Athens' objective was to avert concessions that might affect Greek interests Greece, Turkey declare their satisfaction with results of NATO summit
What is at stake is the strategic depth of the Alliance Editorial: A crucial NATO summit
European supervised drug consumption sites have been an inextricable part of drug treatment Editorial: The first step
The overturning of Roe v. Wade turns the clock back 50 years for American women. Editorial: Back and forth
Thymios' statement - “I no longer trust people.” – is a punch in the gut. Editorial: A punch in the gut
Editorial: Audits of politicians' wealth
Mario Draghi has a prominent position in the EU architecture Editorial: Alliance
After a certain point, the necessary caution is a matter of personal responsibility Editorial: COVID-19 and personal responsibility
Extremists still constitute a threat Editorial: Threat
A consciously responsible stance is needed Editorial: Maintaining COVID-19 alertness
The late PM Constantine Karamanlis famously said, 'We belong to the West' Editorial: Contradictions
The end of EU enhanced fiscal supervision signals the exit from the tunnel Editorial: Breakthroughs
Head of Greek Pomaks’ Association rips into Erdogan’s revisionist expansionism
All Greek governments since Andreas Papandreou's demanded the return of the Marbles Osborne: ‘Deal to be done’ on sharing Parthenon Marbles