The decision states that based on provisions of the Greece’s Constitution citizens who have suffered damage to their health from a vaccine can file suit claiming both material and moral damages. 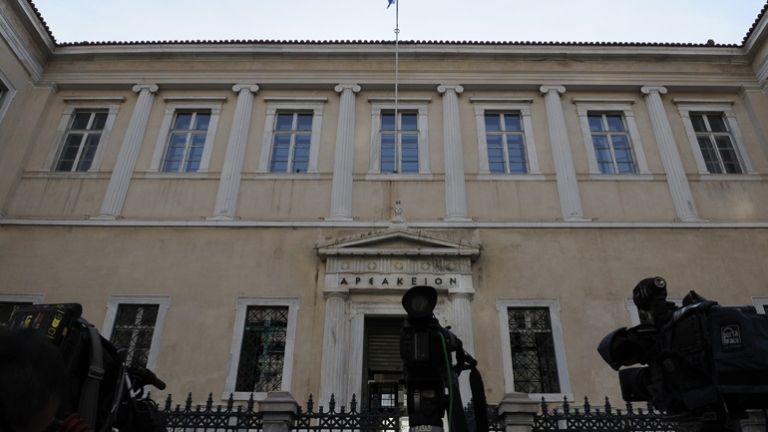 The Council of State, Greece’s supreme administrative court, today made public a ruling regarding the state’s liability for side effects that are linked to vaccination.

The ruling, which is based on law and previous high court decisions, states that based on provisions of the Greece’s Constitution citizens who have suffered damage to their health from a vaccine can file suit claiming compensation – both material and moral damages.

The case is certain to attract public attention attention at a moment when side-effects from the various COVID-19 vaccines are the subject of furious public debate.

The case that was adjudicated involves a girl who after having been administered the MMR II (Measles, Mumps, and Rubella) vaccine was afflicted with subacute sclerosing panencephalitis (SSPE, an extremely rare disease which affects one in a million people) as an undesired side-effect of this vaccine).

The mother filed suit claiming compensation for material and moral damages to the girl, who unfortunately died before the court cases were adjudicated.

The Appellate Administrative Court did not take into account all the parameters of the case and its ruling was overturned by the Council of State on that basis.

Consequently, the case will be re-tried in the framework now set by the Council of State, which draws on specific provisions of the Greek Constitution applicable to material and moral damages suffered due to vaccines.

Excerpts from the ruling

The High Court’s decision states that in order to file for compensation the vaccination must have been legal and carried out in order to protect public health and there must be a clear causal relationship between the vaccine and damage to the plaintiff’s health.

“In the event that damage to the health of an individual is caused directly by constitutionally legitimate and legal vaccination (which is to say vaccination carried out for the protection of public health collectively and individually, as stipulated in special legislation that adopts valid and scientifically, medically, and epidemiologically well-grounded conclusions in this field, with the possibility of excluding special individual cases for which there are contraindications), which is to say damage not due to an intervening illegal act or omission (e.g. administering a dose from a damaged or unsuitable vial or irregularities in administering the vaccine) it arises directly from Article 4, paragraph 2 (of the Greek Constitution) in combination with Article 25, paragraph 4, that the state has an obligation to provide reasonable restitution for the damage to the victim, in the sense of making up for possible material and moral damages, in accordance with Article 932 of the Penal Code.”

The conclusion of the decision states the following in regard to damages claimed:

“In these cases, the damage to health caused by administration of the vaccine is an excessive sacrifice on the part of the victim (health damage and offence of character) for the interests of the social whole.”

TANEA Team 10 Μαΐου 2021 | 23:59
Share
Δείτε επίσης
Περισσότερα άρθρα για Αγγλική έκδοση
There is a danger of the war being viewed as something normal Editorial: Taking measures
Athens' objective was to avert concessions that might affect Greek interests Greece, Turkey declare their satisfaction with results of NATO summit
What is at stake is the strategic depth of the Alliance Editorial: A crucial NATO summit
European supervised drug consumption sites have been an inextricable part of drug treatment Editorial: The first step
The overturning of Roe v. Wade turns the clock back 50 years for American women. Editorial: Back and forth
Thymios' statement - “I no longer trust people.” – is a punch in the gut. Editorial: A punch in the gut
Editorial: Audits of politicians' wealth
Mario Draghi has a prominent position in the EU architecture Editorial: Alliance
After a certain point, the necessary caution is a matter of personal responsibility Editorial: COVID-19 and personal responsibility
Extremists still constitute a threat Editorial: Threat
A consciously responsible stance is needed Editorial: Maintaining COVID-19 alertness
The late PM Constantine Karamanlis famously said, 'We belong to the West' Editorial: Contradictions
The end of EU enhanced fiscal supervision signals the exit from the tunnel Editorial: Breakthroughs
Head of Greek Pomaks’ Association rips into Erdogan’s revisionist expansionism
All Greek governments since Andreas Papandreou's demanded the return of the Marbles Osborne: ‘Deal to be done’ on sharing Parthenon Marbles