Editorial: The need for stability

The exceptionally good personal relationship between Donald Trump and Recep Tayyip Erdogan, gave Ankara great leeway in charting its geopolitical moves and to harrass other NATO member-states and to ignore good neighbourly relations. 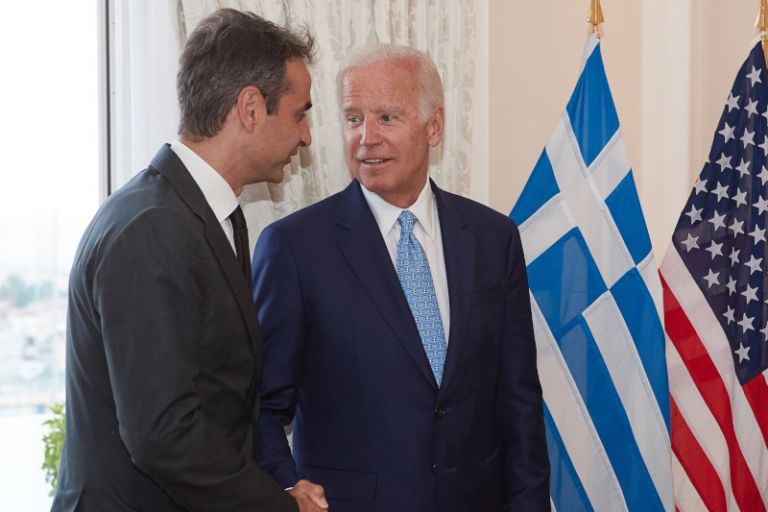 Looking back on the difficult year that is coming to an end, one of the few bright moments was the decision of the American people to choose another leader for their country.

Th adventure that began in 2016 when Donald Trump was elected president instead of Hillary Clinton will formally end in three weeks.

The new page on the other side of the Atlantic can change the situation that exists right now in the Eastern Mediterranean.

During Mr. Trump's term in office the US gradually lost the position that it held on the global map.

In the case of Turkey, the exceptionally good personal relationship between the outgoing president and his Turkish counterpart, Recep Tayyip Erdogan, gave Ankara great leeway in charting its geopolitical moves and permitted Turkey to harrass other NATO member-states and to violate the rules of good neighbourly relations.

The US rarely intervened and then only when pressured by circumstances.

Greece needs the expected American comeback on the international stage.

It needs the US to be serious and predictable, to protect its interests while not neglecting its allies.

In one way or another American intervention can protect the status quo in the Eastern Mediterranean and effectively prod Greece and Turkey to return to the negotiating table on an equal footing, in line with Athens' longstanding objective of reaching an equitable understanding with Turkey.

If we have learned anything from the events of the last decade it is that a stable situation that has been built over many years can collapse overnight.

America's return to its rightful role on the international chessboard will not occur overnight.

Yet it has already taken the first step.

TANEA Team 30 Δεκεμβρίου 2020 | 11:41
Share
Δείτε επίσης
Περισσότερα άρθρα για Αγγλική έκδοση
People want answers, persuasive plans, and arguments Editorial: Maturation
The pandemic and citizens’ fears regarding inflation have shocked households Metron Analysis poll: SYRIZA trails New Democracy, KINAL-PASOK skyrockets
It is imperative for the weapons programme to be implemented immediately Editorial: Arrivals
The charges of the victim garnered attention nationwide Editorial: Support
Greece is a peaceful Western country Editorial: Vigilance
Both SYRIZA and PASOK are in a transitional phase Editorial: Changes
Tsipras posts on the social media and frequently as possible Editorial: Obligations
Universities have become a sort of state within the state Editorial: Enough is enough!
Nobody for whatever reason has the right to beat a professor Editorial: Zero tolerance
The shift in America’s priorities should come as no surprise Editorial: Fluidity
We have the weapons, the experience, and obviously the collective will Editorial: Transcending the pandemic
How do you negotiate with Vladimir Putin? Editorial: Dilemma
Editorial: Phenomenon
Maintaining tensions does not contribute to dialogue or good neighbourly relations Editorial: Pragmatism in Greek-Turkish relations
The alarm bell of daily life is urgently ringing Editorial: Alarm bell