Money from the EU Recovery Fund offers this capability especially in the direction of "green" development, which is the future of the European economy. 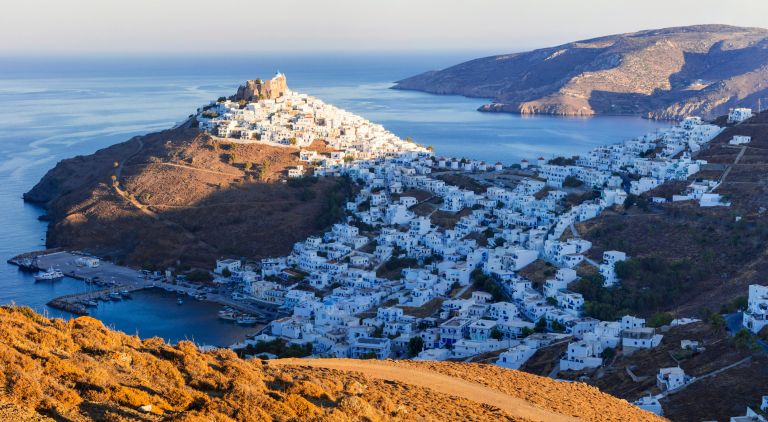 With the exception of the decade 1990-2000 in the run-up to the 2004 Athens Olympics, Greece always had an uneasy relationship with investment.

Surely just a few years ago no one would have expected that a company manufacturing electric-powered automobiles would establish a production plant in our country, and yet yesterday the first step was taken.

The pandemic changed many things that we had taken for granted.

What changed for the better is that Greece now has the opportunity to transcend diachronic dysfunctions in order to find the funding to lure investments.

Money from the EU Recovery Fund offers this capability especially in the direction of "green" development, which is the future of the European economy.

Green investments in Greece had their debut with VW's plan for a project on Astypalaia (photo).

They are continuing with the Next.e.go company's plan to make electric-powered vehicles in Greece.

Once the contracts are signed, this will create 1,000 new jobs which through a multiplier effect could reach 5,000.

This may look like a small step but it is hopeful.

Whether this shift in the productive base of the economy is effective depends on whether Greece maintains the level of credibility that it has regained, cuts through the huge bureaucratic red tape that still bedevils it, and removes any obstacles that may arise.

The state must change everything that dissuaded businesses that had an interest in investing and that led enterprises that for years supported the Greek economy to leave.

Only by transcending these obstaclse can one hope to successfully revive the economy.

TANEA Team 17 Δεκεμβρίου 2020 | 22:04
Share
Δείτε επίσης
Περισσότερα άρθρα για Αγγλική έκδοση
People want answers, persuasive plans, and arguments Editorial: Maturation
The pandemic and citizens’ fears regarding inflation have shocked households Metron Analysis poll: SYRIZA trails New Democracy, KINAL-PASOK skyrockets
It is imperative for the weapons programme to be implemented immediately Editorial: Arrivals
The charges of the victim garnered attention nationwide Editorial: Support
Greece is a peaceful Western country Editorial: Vigilance
Both SYRIZA and PASOK are in a transitional phase Editorial: Changes
Tsipras posts on the social media and frequently as possible Editorial: Obligations
Universities have become a sort of state within the state Editorial: Enough is enough!
Nobody for whatever reason has the right to beat a professor Editorial: Zero tolerance
The shift in America’s priorities should come as no surprise Editorial: Fluidity
We have the weapons, the experience, and obviously the collective will Editorial: Transcending the pandemic
How do you negotiate with Vladimir Putin? Editorial: Dilemma
Editorial: Phenomenon
Maintaining tensions does not contribute to dialogue or good neighbourly relations Editorial: Pragmatism in Greek-Turkish relations
The alarm bell of daily life is urgently ringing Editorial: Alarm bell