Prime Minister Kyriakos Mitsotakis is quite rightly thrashing out measures with targeted assistance for the middle class that will be a central part of the national reconstruction plan on the basis of which Greece will receive EU Recovery Fund liquidity. 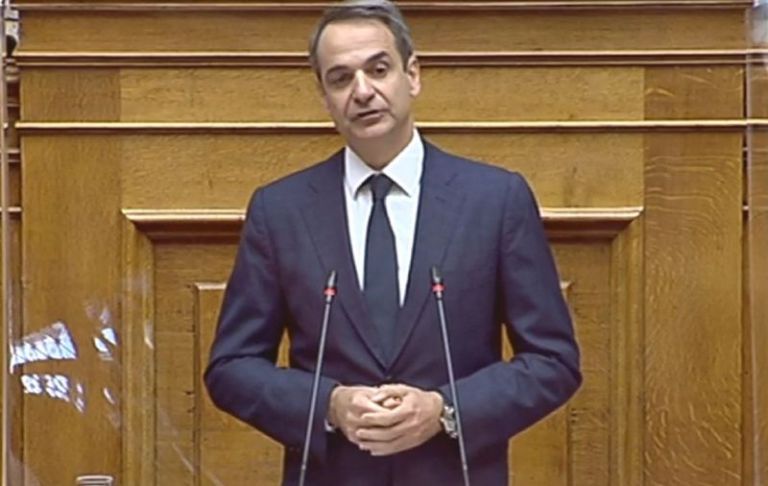 The approval of the 2021 budget by Parliament is a crucial political event as it indirectly but clearly constitutes a vote of confidence in the government and in its economic programme.

Traditionally, each political leader's speech along with a presentation of the party's economic agenda also outlines his or her message to targeted social groups.

This year the middle class was the focus of party leaders' messages. That is logical and it will be a crucial issue in the future. Though under severe pressure, it remains a dynamic social force that has been rocked and transformed by the SARS-CoV-2 epidemic.

In that sense, it will play a decisive role in determining future political majorities.

As a social class it will play a critical role in ensuring normalcy and safeguarding democracy at a time when extreme political forces are chomping at the bit to exploit further impoverishment.

Prime Minister Kyriakos Mitsotakis is quite rightly thrashing out measures with targeted assistance for the middle class that will be a central part of the national reconstruction plan on the basis of which Greece will receive EU Recovery Fund liquidity.

The role of the middle class is so crucial that yesterday we saw former PM and main opposition leaer Alexis Tsipras donning the mantle of its newfangled suitor, coveniently forgetting how heavily he taxed it while in office.

Nevertheless, there appears to be a broad consenssu and understanding that it is imperative that the middleclass be able to succesfully weather the trials and tribulations brought on by the pandemic.

TANEA Team 16 Δεκεμβρίου 2020 | 22:40
Share
Δείτε επίσης
Περισσότερα άρθρα για Αγγλική έκδοση
People want answers, persuasive plans, and arguments Editorial: Maturation
The pandemic and citizens’ fears regarding inflation have shocked households Metron Analysis poll: SYRIZA trails New Democracy, KINAL-PASOK skyrockets
It is imperative for the weapons programme to be implemented immediately Editorial: Arrivals
The charges of the victim garnered attention nationwide Editorial: Support
Greece is a peaceful Western country Editorial: Vigilance
Both SYRIZA and PASOK are in a transitional phase Editorial: Changes
Tsipras posts on the social media and frequently as possible Editorial: Obligations
Universities have become a sort of state within the state Editorial: Enough is enough!
Nobody for whatever reason has the right to beat a professor Editorial: Zero tolerance
The shift in America’s priorities should come as no surprise Editorial: Fluidity
We have the weapons, the experience, and obviously the collective will Editorial: Transcending the pandemic
How do you negotiate with Vladimir Putin? Editorial: Dilemma
Editorial: Phenomenon
Maintaining tensions does not contribute to dialogue or good neighbourly relations Editorial: Pragmatism in Greek-Turkish relations
The alarm bell of daily life is urgently ringing Editorial: Alarm bell