Ιt is clear that the German chancellor is aiming for something more that the (definitive?) return of the Turkish research vessel “Oruc Reis” to its base. She has underlined that the EU has channeled much effort into improving its relations with Turkey. 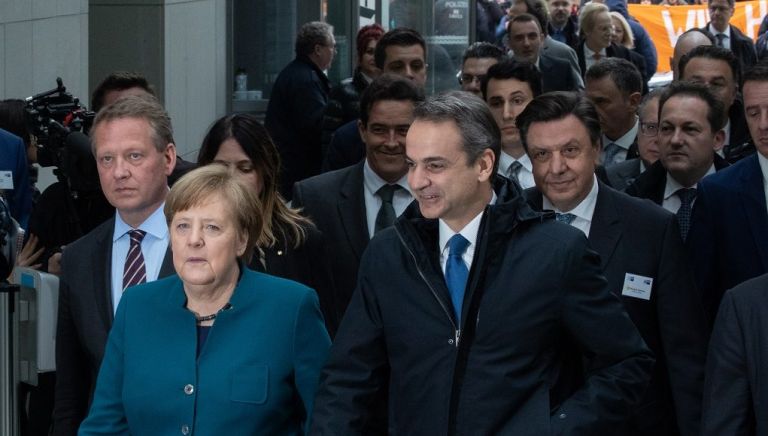 “Aggressive”, “provocative”, and “disappointment” are words that when used by a moderate and low-key politician like German Chancellor Angela Merkel bear a certain weight.

Merkel used the first two to describe Turkey’s behaviour in the Mediterranean.

With the third she described her sentiments about the paltry results of her efforts to de-escalate tensions.

Ιt is clear that the chancellor is aiming for something more that the (definitive?) return of the Turkish research vessel “Oruc Reis” to its base.

It is evident that she has no doubt about who bears the main if not exclusive responsibility for the impasse in efforts to launch a Greek-Turkish dialogue.

She underlined that the EU has channeled much effort into improving its relations with Turkey, but that there is a series of obstacles and difficulties that continually arise.

Merkel’s disappointment should not be misconstrued as a Greek victory, nor should it be interpreted as a step toward imposing sanctions on Turkey at next week’s EU summit.

That would not garner support from a number of EU member-states and it is doubtful whether it would benefit Greece.

Athens’ steadfast objective should not be to isolate neighbouring Turkey, with which Greece has no choice but to co-exist, but rather to find channels which can facilitate the start of an earnest dialogue.

Of course it takes two to tango. It also requires that neither side will try to trip the other.

TANEA Team 1 Δεκεμβρίου 2020 | 22:49
Share
Δείτε επίσης
Περισσότερα άρθρα για Αγγλική έκδοση
People want answers, persuasive plans, and arguments Editorial: Maturation
The pandemic and citizens’ fears regarding inflation have shocked households Metron Analysis poll: SYRIZA trails New Democracy, KINAL-PASOK skyrockets
It is imperative for the weapons programme to be implemented immediately Editorial: Arrivals
The charges of the victim garnered attention nationwide Editorial: Support
Greece is a peaceful Western country Editorial: Vigilance
Both SYRIZA and PASOK are in a transitional phase Editorial: Changes
Tsipras posts on the social media and frequently as possible Editorial: Obligations
Universities have become a sort of state within the state Editorial: Enough is enough!
Nobody for whatever reason has the right to beat a professor Editorial: Zero tolerance
The shift in America’s priorities should come as no surprise Editorial: Fluidity
We have the weapons, the experience, and obviously the collective will Editorial: Transcending the pandemic
How do you negotiate with Vladimir Putin? Editorial: Dilemma
Editorial: Phenomenon
Maintaining tensions does not contribute to dialogue or good neighbourly relations Editorial: Pragmatism in Greek-Turkish relations
The alarm bell of daily life is urgently ringing Editorial: Alarm bell