Athens has been offered a great opportunity to exploit the European wave of dissatisfaction with Ankara by responding calmly to provocations, and persistently highlighting Ankara’s violations of Greece’s sovereignty in the Aegean and Eastern Mediterranean. 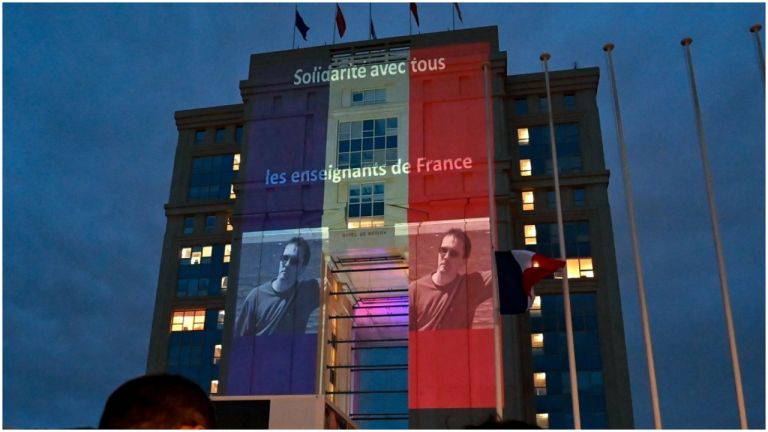 Until recently Europe seemed not to understand what Turkish President Recep Tayyip Erdogan was up to.

They viewed the protestations of Greece and Cyprus as routine complaints and whining.

The EU had rightly decided to maintain ties with the Turkish side but it ignored the extent of the problem until Erdogan unleashed a frontal attack against French President Emmanuel Macron.

Erdogan’s references to “psychosis” and “Islamophobia”, his declaration that Macron’s agenda must come to an end, and even his communications handling of the Holocaust a few days after the beheading by a radical Islamist of French teacher Samuel Paty exposed the Turkish leader’s megalomania in a most glaring manner.

One after another European powers including Germany have strongly backed Macron.

Before his clash with Macron spun out of control, Erdogan was systematically harassing Greece.

Each time he pushed the envelope a bit further because he knew that despite the fact that Greece was complaining strongly the EU would not significantly change its posture.

Since summer Greece has faced a situation of continuous tensions with its hostile neighbour and Erdogan’s relations with Brussels are no longer business as usual.

Consequently, Athens has been offered a great opportunity to exploit the European wave of dissatisfaction with Ankara by continuing to respond calmly to provocations, by persistently highlighting Ankara’s violations of Greece’s sovereignty in the Aegean and the Eastern Mediterranean, and by stressing the fact that Turkey is undermining the EU’s vital interests.
Europe is finally prepared to listen.

TANEA Team 27 Οκτωβρίου 2020 | 19:43
Share
Δείτε επίσης
Περισσότερα άρθρα για Αγγλική έκδοση
The case will be re-tried in the framework now set by the Council of State Bombshell Council of State ruling accepts state’s vaccine side-effect liability
May Day should be honoured with a single march each year Editorial: Unity
Transcending the collective crisis will require leadership and not troublemakers Editorial: Messages
After a six-month shutdown, workers in the restaurant business laid the tables Editorial: The first step
The government has repeatedly said that the existing framework is outdated Battle royal looms over government bill overhauling labour relations, limiting strike action
The labour trade union movement is an invaluable and irreplaceable weapon of workers An urgent need for the rebirth of the trade union movement
Editorial: The pendulum of American politics
The thirty-somethings rushed to be vaccinated for the sake of their families and their friends Editorial: Front-and-centre
The parliamentary vote on approval of the plan’s implementation is expected before Easter Editorial: Liquidity
Turkey is keenly aware of the fact that there is a new player on the geopolitical chessboard Editorial: A just act
Biden takes historic step to recognise Armenian Genocide
National COVID-19 Committee spokesman explain public health decisions, planning for future
The EU Recovery Fund is enormously important and should not be viewed as routine aid or subsidies Editorial: A crucial green light from Germany
Editorial: A responsible Easter
After years of economic crisis, the Greek economy needs a boost to escape the recessionary spiral Editorial: Economic prospects