Now Donald Trump can offer a valuable service - he can through his illness persuade people about the importance of wearing masks and abiding by social distancing guidelines. 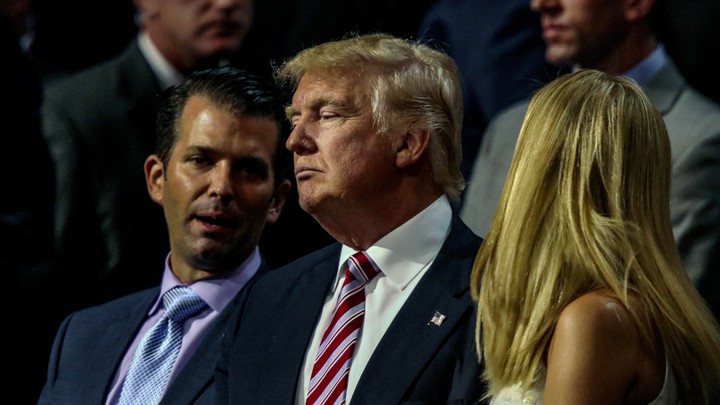 Even US President Donald Trump’s staff now admits that the condition of his health last Friday was much worse than what was announced and that the coming days will be critical in determining the outcome of his illness.

Two-thirds of the American public according to polls believes that the president would not have contracted COVID-19 if he had handled the pandemic in a more serious fashion from the start.

The media are counting the number of times over the last months that Trump maintained that the virus would disappear on its own and mocked those who took protective measures.

The issue does not concern the president alone as in the time between he contracted the virus and was diagnosed he attended a number of events at which he rarely wore a mask.

Consequently, Donald Trump most likely has transmitted the virus to dozens of people, some of whom may fall gravely ill and even die.

That is how these viruses work. It takes just one person to be indifferent or careless for those who willingly or unwillingly came into contact with them to pay the piper.

We have seen that in recent days at Greece’s hospitals and old-age homes and because one cannot monitor every employee, police every square, and break up every large party, the most basic tool for limiting the nightmare is personal responsibility.

Mr. Trump has brought many ills upon America and the world.

Now he can offer a valuable service.

He can through his illness persuade people about the importance of wearing masks and abiding by social distancing guidelines.

TANEA Team 5 Οκτωβρίου 2020 | 23:03
Share
Δείτε επίσης
Περισσότερα άρθρα για Αγγλική έκδοση
There is a danger of the war being viewed as something normal Editorial: Taking measures
Athens' objective was to avert concessions that might affect Greek interests Greece, Turkey declare their satisfaction with results of NATO summit
What is at stake is the strategic depth of the Alliance Editorial: A crucial NATO summit
European supervised drug consumption sites have been an inextricable part of drug treatment Editorial: The first step
The overturning of Roe v. Wade turns the clock back 50 years for American women. Editorial: Back and forth
Thymios' statement - “I no longer trust people.” – is a punch in the gut. Editorial: A punch in the gut
Editorial: Audits of politicians' wealth
Mario Draghi has a prominent position in the EU architecture Editorial: Alliance
After a certain point, the necessary caution is a matter of personal responsibility Editorial: COVID-19 and personal responsibility
Extremists still constitute a threat Editorial: Threat
A consciously responsible stance is needed Editorial: Maintaining COVID-19 alertness
The late PM Constantine Karamanlis famously said, 'We belong to the West' Editorial: Contradictions
The end of EU enhanced fiscal supervision signals the exit from the tunnel Editorial: Breakthroughs
Head of Greek Pomaks’ Association rips into Erdogan’s revisionist expansionism
All Greek governments since Andreas Papandreou's demanded the return of the Marbles Osborne: ‘Deal to be done’ on sharing Parthenon Marbles