Editorial: No room for complacency 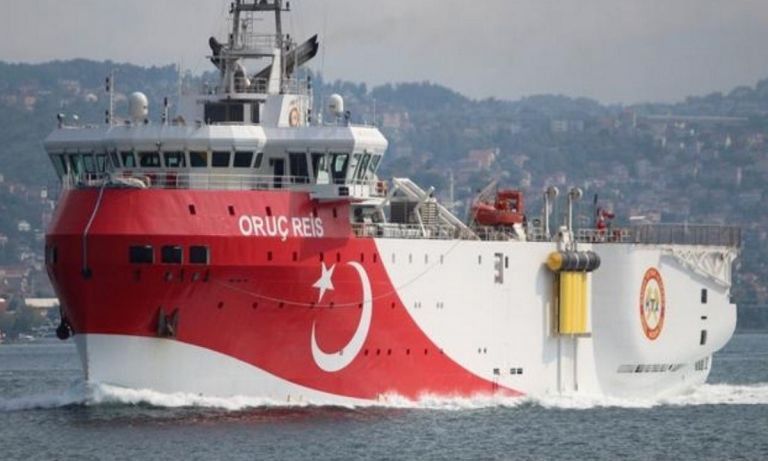 Regarding the course of Greek-Turkish relations one sees an apparently positive shift in Ankara’s policy with the withdrawal of the Turkish oil and gas exploration ship Oruc Reis from the area of Greece’s continental shelf.

The move could potentially create a new environment in the broader region of the Eastern Mediterranean, de-escalate tensions and reduce the heightened concerns that have been looming since July.

If Ankara has indeed opted for a policy shift that reduces the danger of a military accident or clash, that could open the way for exploratory talks between Greece and Turkey.

The Greek government justifiably appears satisfied with Turkey’s first move toward de-escalation without concessions from Athens and with a halt of provocations.

From the start Greece has stressed the need for all parties to abide by international law and to that end launched an international diplomatic blitz to garner support for Athens’ positions.
Turkey’s decision to back off for now, however, does not permit complacency.

The continuity and dedication to de-escalation that Greece seeks is the only way to determine whether Ankara is simply making a tactical move to escape intense and mounting international pressures.

The conflicting statements of various Turkish officials understandably are maintaining a climate of suspicion.

If the crisis of the last two months is part of a strategic plan, then there will be a revival of Turkish provocations.

The Oruc Reis will remain docked in Antalya as long as Erdogan wants to appear conciliatory.

The road to dialogue may prove to be exceptionally long.

TANEA Team 16 Σεπτεμβρίου 2020 | 07:02
Share
Δείτε επίσης
Περισσότερα άρθρα για Αγγλική έκδοση
MANFRED WEBER We need actions more than words from Turkey
Efforts are needed to improve all levels of the educational system Editorial: Reforming the educational system
Mr. Biden is called upon to achieve a total comeback of America Editorial: Pursuing a US comeback
The president spoke forcefully about the 6 January Capitol siege National unity the focus inaugural address as Biden is sworn in as 46th president of deeply divided country
At the core of the Greek #MeToo movement lies a problem that affects both women and men - the abuse of power. Editorial: To the very end
Λογαριασμός τίτλου
There are about six months to go until summer, by which time herd immunity is expected to be achieved Editorial: Pursuing an EU-wide travel certificate
Editorial: Pursuing an EU-wide travel certificate
Small steps are usually the greatest ones. Combined, they lay the groundwork for a new era Editorial: Tax reform
The talks began in 2002, when Pasok's Costas Simitis was PM and George Papandreou was foreign minister Greek-Turkish exploratory talks to resume on 25 January amidst international pressures
The return to normalcy is the greatest challenge confronting the incoming president Editorial: Normalcy
The framework for protests aims to deepen law enforcement while limiting deviant acting out Editorial: Strategy
Editorial: Restart
Editorial: Details
Editorial: The need for stability