Nato for decades and until now has chosen a policy of equal distances, and so today’s meeting is crucial because the allies will have to take a clear stand on the perilous conflict. 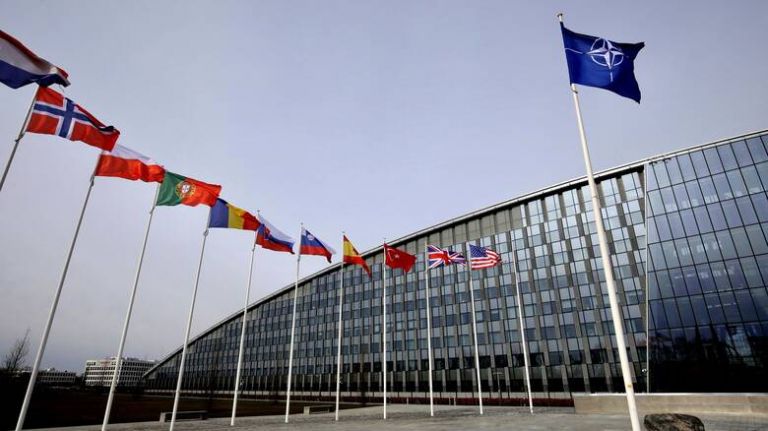 If there is one area of politics in which one must remain calm and collected it would be national issues of foreign policy.

That is not only because one cannot conduct foreign policy with shrieks and emotionalism or because as the saying goes there are no national rights but rather national interests.

It is also because today is a crucial day in this summer’s protracted Greek-Turkish crisis.

After a month-and-a-half during which the Turkish oil and gas exploration vessel Oruc Reis was sent to the Aegean and Eastern Mediterranean accompanied by Turkish warships, the Greek government says that today there will be discussion at a Nato meeting of Turkish provocations.

Nato for decades and until now has chosen a policy of equal distances, and so today’s meeting is crucial because the allies will have to take a clear stand on the perilous conflict.
Given the fact that we all agree that national sovereign rights are paramount, we have a duty to present a united policy line before the international community, especially since we are asking other countries to take a clear stand.

A main opposition party, Syriza, which constantly accuses the government over its handling of Greek-Turkish relations and says that the government does not want a unified national line because it has not convened a council of party leaders is not serving the country and its interests.

Indeed there is a national line that all parties espouse – that a dialogue with Turkey must be confined to the issue of delimiting the two countries’ continental shelves and Exclusive Economic Zones (EEZs), and that if that does not work out the issues must be referred by both countries to the International Court of Justice at The Hague.

Ανατροπές στην εργασία: Αντί αποζημίωσης θα πληρώνονται και με έξτρα άδεια
TANEA Team 9 Σεπτεμβρίου 2020 | 18:53
Share
Δείτε επίσης
Περισσότερα άρθρα για Αγγλική έκδοση
Editorial: A new EU vitality
Complying with the public health rules is difficult but there are no excuses for not doing so Editorial: No excuses
Turkey wants to avert possible EU sanction at the extraordinary 24-25 September summit Editorial: No room for complacency
The PM’s policy announcements at the Thessaloniki International Fair were measured, focused, and clear Editorial: The message
Amidst global economic maelstrom, Mitsotakis unveils economic, public health, and foreign policy plans
Editorial: Side-effects
After the recent arrival of Greek warplanes on Cyprus undoubtedly Cyprus’ defence will be high on the agenda Pompeo rushes to ease Eastern Mediterranean tension, calls for pullback of Greek, Turkish forces, dialogue
As the chief of Solidarity Now said the hourglass has emptied Editorial: Tears
In a pandemic we are not simply discussing a society that has lost its orientation or a state that will confront the violence and racism of the far right Editorial: Public health threat
The family of rapper Pavlos Fyssas declares that the past years have been a tortuous martyrdom Editorial: A ‘fair trial’
The heart of Hellenism is beating in Ohio State University
The pictures taken at the archaeological site of Mycenae speak for themselves Editorial: Deficiencies
Editorial: Degradation
Miltiadis Marinakis Endowed Professorship: A bridge between Greece and the US
Martins rage for the field of OAKA : Shame and disrespect for football – HFF is incompetent