For the eurozone member-states to transcend their differences and strike a deal it took tough negotiations of the kind to which the EU is accustomed. 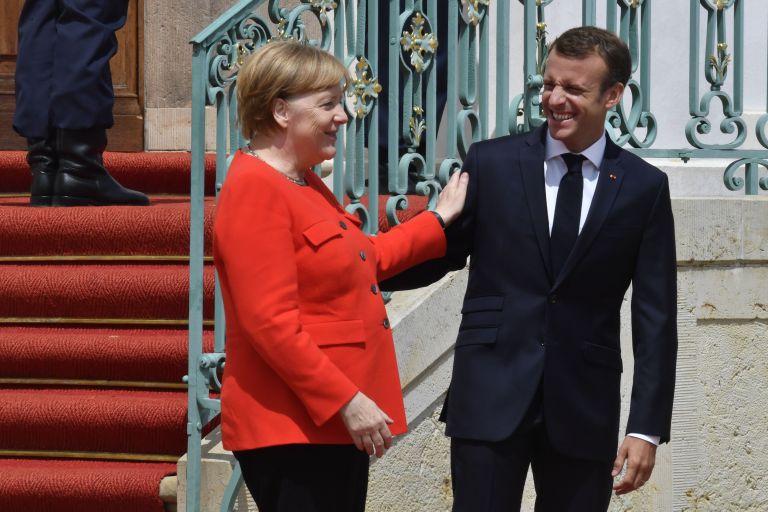 The recent Eurogroup at last struck a compromise on the eurozone’s huge pandemic recovery package, but make no mistake, for the member-states to transcend their differences and strike a deal it took tough negotiations of the kind to which the EU is accustomed.

Yet it also was motivated by the fear that the markets would be unforgiving in the event of yet another eurozone deadlock.

The partners had a duty to avoid subjecting the economy to additional trials and they fulfilled it with a compromise.

Yet how will obligations that are not measured in political terms or in terms of historical responsibility but rather in euros be paid off?

It would wrong to believe that the compromise reached in the Eurogroup really answers that question.

The eurozone partners passed the major hurdles of a communications breakdown and disagreement, but the challenges in enforcing the agreement remain.

The agreement determines the general framework and as is well known the devil is in the details.

Those “details” will determine if the compromise will sway toward the hard line of Northern European countries or toward giving a lifeline to the countries of Southern Europe.

They will also reveal the efficiency of the European Stability Mechanism and of the nascent European Recovery Programme.

What conditionalities will turning to one or the other funding source entail? Will they be few or will there be many that are not now discernable?

All of this means that the negotiations did not end at the Eurogroup on Thursday night.

They will soon continue – until new compromises are struck.

TANEA Team 12 Απριλίου 2020 | 23:16
Share
Δείτε επίσης
Περισσότερα άρθρα για Αγγλική έκδοση
Editorial: Audits of politicians' wealth
Mario Draghi has a prominent position in the EU architecture Editorial: Alliance
After a certain point, the necessary caution is a matter of personal responsibility Editorial: COVID-19 and personal responsibility
Extremists still constitute a threat Editorial: Threat
A consciously responsible stance is needed Editorial: Maintaining COVID-19 alertness
The late PM Constantine Karamanlis famously said, 'We belong to the West' Editorial: Contradictions
The end of EU enhanced fiscal supervision signals the exit from the tunnel Editorial: Breakthroughs
Head of Greek Pomaks’ Association rips into Erdogan’s revisionist expansionism
All Greek governments since Andreas Papandreou's demanded the return of the Marbles Osborne: ‘Deal to be done’ on sharing Parthenon Marbles
All efforts toward a radical resolution of the refugee problem have failed Editorial: The end does not justify the means
France's centrist forces are rallying behind President Emmanuel Macron Editorial: The political centre
The Germans are returning, this time not to impose their will but to cooperate Editorial: Greece as a bridge between Western Balkans, EU
The demographic crisis must be managed swiftly Editorial: Demographic crisis
There was a Jewish presence in Thessaloniki even in antiquity, and the Apostle Paul preached in its synagogue Leon Saltiel: Glimmers of hope in battling Greek antisemitism
Investment will also play a pivotal role Editorial: The dynamic of the Greek economy