Greece’s 10-year economic depression has deprived the country of the requisite means to grapple with the current public health crisis with a full arsenal of weapons. 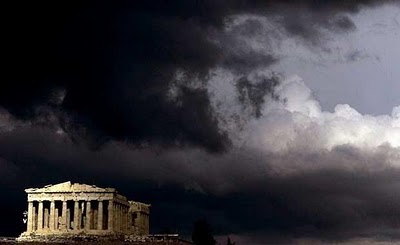 The Greeks still quote an aphorism that has remained in the language unchanged from the time of Solon in antiquity: Rejoice in nothing before it is over.
It would be wrong for one to believe that a positive outcome in the battle against the coronavirus pandemic is foreordained.

Yet at the same time it would be fatalistic for one not to acknowledge that Greece has already accomplished a significant labour and passed a critical hurdle.

It has become a model in its handling of the public health crisis for countries which have a long record of organisation, infrastructure, and discipline.

Moreover, Greece’s 10-year economic depression has deprived the country of the requisite means to grapple with the current public health crisis with a full arsenal of weapons.

It is precisely for that reason that the government acted with exceptional speed and foresight.

One should acknowledge this and not issue fatalistic pronouncements that the government turned a weakness into fuel to gain advantage.

To paraphrase the famous quote by the late statesman Constantine Karamanlis who declared that “We are doing well abroad”, implying that the domestic picture is not so rosy, one might say today that we are doing well at home.

That is the overwhelmingly prevailing sense in public opinion as 86 percent of respondents in a recent surveys approve of the partial lockdown and 67 percent approve of the government’s emergency economic measures (Pulse polling company, 2 April).

These numbers are very significant as they reflect that the crisis is helping to restore citizens’ trust in institutions and the state.

Did we need a crisis to begin restoring that necessary trust, to succeed in that labour?

The answer lies in yet another ancient aphorism: “There is nothing bad that comes without some good”, which is to say every cloud has a silver lining.