ΜEGA Γεγονότα σε 1' Ζωή & Τέχνες Υγεία Γυναίκα Παιδί Πρόσωπα & Ιστορίες Συνεντεύξεις Auto Νέα Σκίτσα Info graphics Media Market
tanea.gr > Αγγλική έκδοση > Editorial: Optimism
We can be relatively optimistic because at least we got off to a good start in this struggle for survival.

In the midst of a long and difficult struggle our society appears to have comprehended that composure, maturity, and discipline are its best allies. 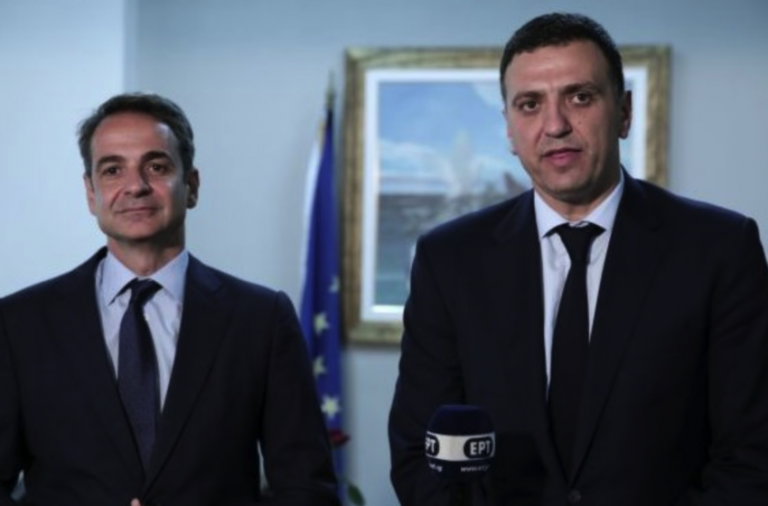 The conditions that have developed due to the Covid-19 pandemic are like nothing we have seen before.

In facing the crisis Greek society is standing united and has not panicked.

That is the best possible omen as regards the outcome of a battle that is just beginning.

In the midst of a long and difficult struggle our society appears to have comprehended that composure, maturity, and discipline are its best allies.

Of course the public health crisis is different in nature than the economic crisis that Greece has already suffered, yet the memory of it is too fresh to repeat the same mistakes.

During the full-blown economic depression the divisions that dominated the political system and their spread had serious repercussions on society.

The trust of citizens in institutions was shaken and emotion prevailed over logic.

The country teetered between unfounded hope and extreme pessimism.

All sense of measure was lost.

The situation today is entirely different.

While in other countries that have been known for the maturity of their societies people are emptying supermarket shelves and price gouging is rampant, Greeks are exhibiting an exceptional sense of measure.

This is not only because the memory of the divisions and panic of the bailout memorandum era is very recent.

It is also because trust in institutions and authorities has been restored.

That accounts for the fact that Greece managed to pass the first hurdle in confronting an unrelenting attack which large countries with a tradition of organisation and inordinately larger economies, such as the US and the UK, failed to do.

The road ahead is long and arduous.

Still, we can be relatively optimistic because at least we got off to a good start in this struggle for survival.

TANEA Team 22 Μαρτίου 2020 | 15:48
Share
Δείτε επίσης
Περισσότερα άρθρα για Αγγλική έκδοση
High anxiety in government over potential COVID-19 super spreader event in Patras
Today Greece has the opportunity to draft its own economic roadmap for the future Editorial: Challenge
Marinakis: «The result was clearly distorted – Dräger was fouled before the goal»
It is behind closed doors that the harshest stories of violence against women are hidden Editorial: Silence means sharing the guilt
Fourteen ICU beds, donated by Evangelos Marinakis, Angeliki Frangou and ION S.A. ready for use
SYRIZA in fact was not so eager to create a common front with the left Editorial: Political flirt
It is not too much to ask our political parties to adapt to the new realities Editorial: Time to build consensus
Any back-pedaling on the public health restrictions that have been imposed would be catastrophic Editorial: No to complacency!
Politicians can visit the historic Athens Polytechnic campus to leave a flower, as the PM suggested, or to lay a wreath as the main opposition leader proposed. Editorial: The cost
Perhaps the government could have handled the matter earlier and differently Editorial: Lives must be saved
We must deprive Turkey of its strongest weapon – the element of surprise Editorial: Equation
It is by now clear that Tsipras and Polakis are one and the same politically Editorial: Political cover
The only way to deter a disaster from the second wave of the virus is to get a vaccine and religiously comply with restrictive measures Editorial: Deterrence
There is an urgent need to strictly enforce the lockdown Editorial: Behaviours
As COVID-19 cases soar Greece announces three weeks nationwide lockdown