We are still at the beginning of an extremely difficult uphill struggle which we are obliged to fight until the end under extremely adverse circumstances. 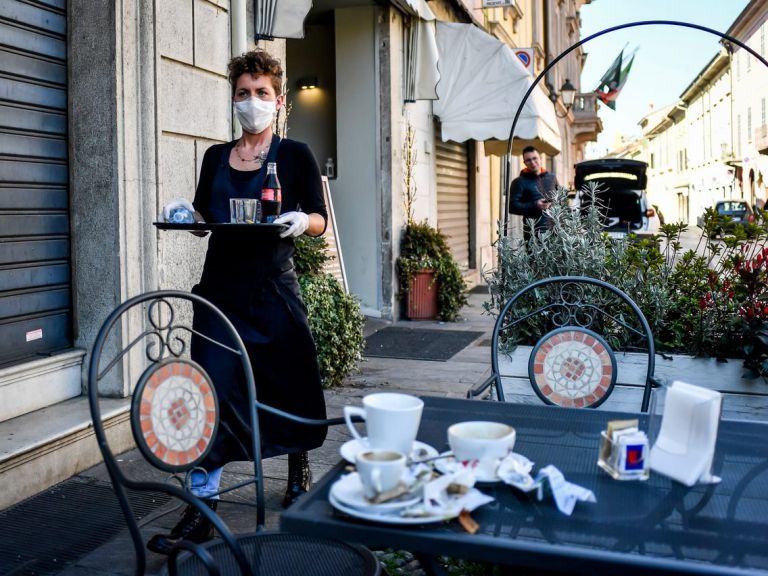 In handling Greece’s public health crisis the government’s reflexes have been very good.

It did not await very bad developments as Spain did but instead operated based on the worst case scenario.

The series of measures announced yesterday, including the closure of commercial shops, are in the right direction.

The government must not veer away from this course of action even if stricter and more restrictive measures are needed.

Such measures will ensure that to the extent possible Greece will always be a step ahead of the virus, at least as compared to other countries, and will not lag behind.
The reason that this is particularly necessary is state services are beset by chronic dysfunctions and nothing can be left to chance.

Greece’s public health infrastructure is capable of handling cases that arrive in time but does not have the means to handle a barrage of cases after the fact.

The paramount objective right now is to avoid at all costs the travails of the Italian health system and to limit as much as possible the dramatic disaster that Italy is experiencing (photo).

There can be absolutely no complacency or laxness.

We are still at the beginning of an extremely difficult uphill struggle which we are obliged to fight until the end under extremely adverse circumstances.

ΕΕ : Στηρίζουμε την Ελλάδα στη διαχείριση της προσφυγικής κρίσης
TANEA Team 17 Μαρτίου 2020 | 18:50
Share
Δείτε επίσης
Περισσότερα άρθρα για Αγγλική έκδοση
Protecting the citizenry is a fundamental objective of contemporary democracies Editorial: Protection
Quite rightly the government in this phase has made public health its top priority Editorial: Priorities
How European Banking Supervision can help fight the economic consequences of the coronavirus outbreak in Europe
The past can teach us valuable lessons today and equip us for the future Editorial: Lessons
Neither the state nor society can wage this battle on their own Editorial: Rallying cry
Editorial: Action
We can be relatively optimistic because at least we got off to a good start in this struggle for survival. Editorial: Optimism
Editorial: Collateral damage
The Greek president reminded the EU of the values that Greece serves and that Europe must not cease serving Editorial: Messages
Greece takes sweeping measures to protect business, labour from coronavirus tempest
EU shuts borders to impede march of 'the enemy' Coronavirus pandemic
Health ministry announces slight rise in Covid-19, over 4,000 test conducted
At this time of crisis one must not enforce rules that were adopted for normal timeS Editorial: Trying times
Greek president takes to Facebook to unify nation in Coronavirus battle, stresses public health guidelines
Lockdown expanded throughout Greece, government launches 'stay home' self-isolation campaign