'Greece does what it does at its borders on behalf of the West,” he declared of Athens’ decision to entirely close its border with Turkey,' Erdogan declared. 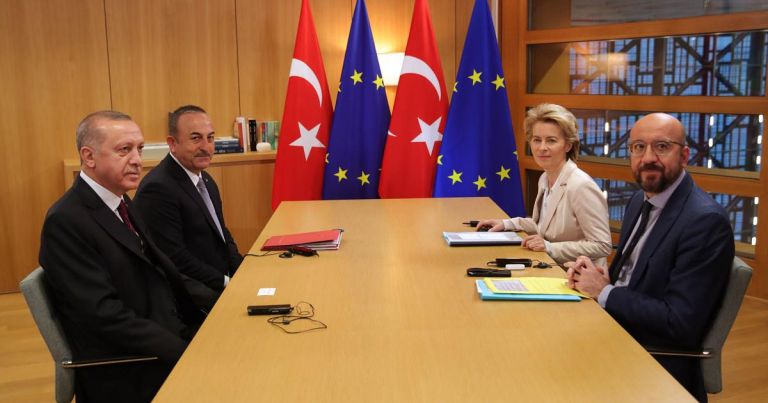 Turkish President Recep Tayyip Erdogan has many domestic enemies and in order to deal with them he is doing what all authoritarian leaders do: He is attempting to manufacture foreign enemies.

He apparently believes that this is the best way to placate the public and quash the prevailing wave of dissatisfaction in Turkish society.

He has gone as far as to trigger a border crisis with Greece and to refer to the Greek as Nazis.

This is certainly not the first time that the Turkish president has lost all sense of measure.

Dubbed the Sultan, his perpetual impudence is punctuated by delirious ranting.

The latest example of Erdogan’s brashness came ahead of the impending visit to Istanbul of German Chancellor Angela Merkel and French President Emmanuel Macron.

“Greece does what it does at its borders on behalf of the West,” he declared of Athens’ decision to entirely close its border with Turkey.

His aim is to start bargaining with the EU for a deal that will make him look like a winner.

The gains that he expects, however, are not limited to domestic propaganda.

Erdogan seeks money from the “Nazi West” and that means that he is in a vulnerable and not strong position.