Moscow is now a major player in the region and its influence is inversely proportional to that of other strong players such as the US and the EU. 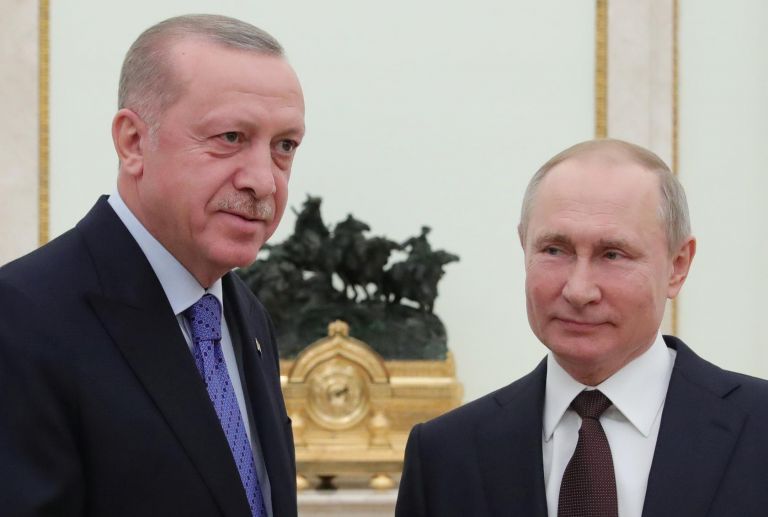 Today’s meeting between Vladimir Putin and Recep Tayyip Erdogan in Moscow is significant at various levels regardless of its outcome.

Contacts and dialogue during tumultuous times such as these always leave room for one to hope that prudence and logic will prevail.

That does not mean that Europe can reconcile itself to this reality. Its fortunes cannot rely on the brawn of the Russian leader at one meeting or another.

The EU ought to have a say on what is going on in Idlib, on the repercussions, and on how to manage them.

It cannot be satisfied with the role of a mere bystander.

From that perspective, Germany has an historic obligation to lead Europe to abandon the role of passive observer and make it an active player.

Of course, that can certainly not be done by offering a few tens of millions of euros to the Turkish Coast Guard.

TANEA Team 5 Μαρτίου 2020 | 22:40
Share
Δείτε επίσης
Περισσότερα άρθρα για Αγγλική έκδοση
Foreign media have even compared the government with Greece’s seven-year military junta Editorial: A necessary cleanup
Citizens have demonstrated they need of state support Editorial: The need for a steady social benefits policy
In the first phase of the pandemic the correct decisions were taken Editorial: Vigilance needed in dealing with Covid-19
Greek side is obliged to be, as it is, in a constant state of readiness Editorial: Composure
In the long term, liberal democracy is “condemned” to win Editorial: A serious mistake
The PM stressed that the tapping was legal Mitsotakis denies prior knowledge of phone tapping of Androulakis, pledges reform, tight oversight of EYP
Resignations are not enough, nor would a cabinet reshuffle or snap election suffice Editorial: Transparency now!
Citizens seek persuasive solutions to the problems of daily life Editorial: Restoring trust in political parties
Last year in Greece there were 17 femicides Editorial: An urgent wake-up call
Stavros Psycharis never allowed himself to become subjugated. He never censored. Editorial: The death of a journalist
Psycharis He began his long career at the Lambrakis Press in 1972 Renowned journalist, publisher, entrepreneur Stavros Psycharis has died age 77
It is inconceivable for the average citizen to be defenceless amidst major economic trials Editorial: A model programme
Greece now has experience and an enhanced plan of deterrence Editorial Ta Nea: Maintaining composure
'I truly feel that the future of humanity is dark' God at Ground Zero: How a Mount Athos monk fit 9/11 into Byzantine iconography
Hatzidimitriou shattered the stereotype that women are not good at maths Editorial: Worthy role Models