Erdogan has established an authoritarian regime which as all such regimes is afraid of its own shadow and the political system remains deeply divided. 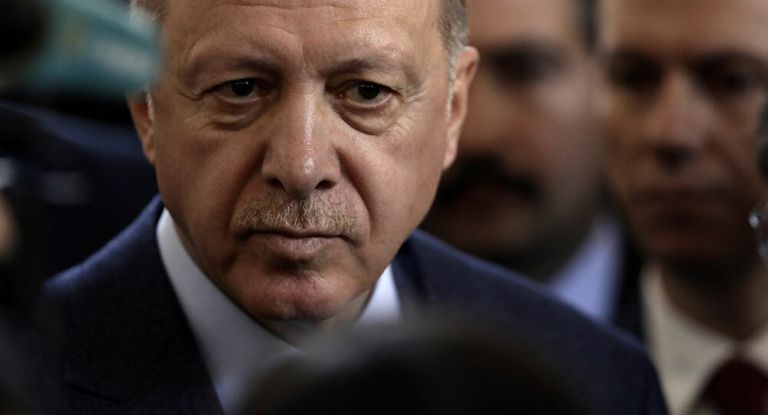 In an address to the members of his AK Party in the Turkish Grand National Assembly Recep Tayyip Erdogan maintained that Greece has begun to accept the regime that Ankara has imposed in the Mediterranean.

He reportedly declared that developments in Syria and Libya will further heat up the waters of the Mediterranean.

Provocative statements from Ankara certainly stir concerns and Turkey in the 21st century appears to be adopting an ever more aggressive stance toward its neighbours.

Erdogan’s brand of rhetoric and that of a large segment of the Turkish opposition are the rule and not an exception and Greece is obliged to adapt to that.

At the same time one must not forget that rhetoric that appears to target a foreign audience in fact is often intended for domestic consumption.

Turkey has many serious problems ranging from the economy to human rights.

Erdogan has established an authoritarian regime which as all such regimes is afraid of its own shadow.

Hence, Turkey is attempting to export its domestic crisis, with which all the sabre-rattling of the Turkish leadership is linked.

That is why the Greek government quite rightly decided to simply underline that Ankara’s illegal actions cannot be legitimised.

TANEA Team 20 Φεβρουαρίου 2020 | 19:46
Share
Δείτε επίσης
Περισσότερα άρθρα για Αγγλική έκδοση
Malicious Manzano: A «massacre» for Olympiacos in Velodrome
There is, a pressing need for the state to meet the disaster relief standards that the PM has set Editorial: Accountability
High anxiety in government over potential COVID-19 super spreader event in Patras
Today Greece has the opportunity to draft its own economic roadmap for the future Editorial: Challenge
Marinakis: «The result was clearly distorted – Dräger was fouled before the goal»
It is behind closed doors that the harshest stories of violence against women are hidden Editorial: Silence means sharing the guilt
Fourteen ICU beds, donated by Evangelos Marinakis, Angeliki Frangou and ION S.A. ready for use
SYRIZA in fact was not so eager to create a common front with the left Editorial: Political flirt
It is not too much to ask our political parties to adapt to the new realities Editorial: Time to build consensus
Any back-pedaling on the public health restrictions that have been imposed would be catastrophic Editorial: No to complacency!
Politicians can visit the historic Athens Polytechnic campus to leave a flower, as the PM suggested, or to lay a wreath as the main opposition leader proposed. Editorial: The cost
Perhaps the government could have handled the matter earlier and differently Editorial: Lives must be saved
We must deprive Turkey of its strongest weapon – the element of surprise Editorial: Equation
It is by now clear that Tsipras and Polakis are one and the same politically Editorial: Political cover
The only way to deter a disaster from the second wave of the virus is to get a vaccine and religiously comply with restrictive measures Editorial: Deterrence