In just a few phrases and without a stentorian delivery, adoration of antiquity, or grandiose turns of phrase, Ekaterini Sakellaropoulou laid out her vision for the new Greece that the PM has pledged to establish. 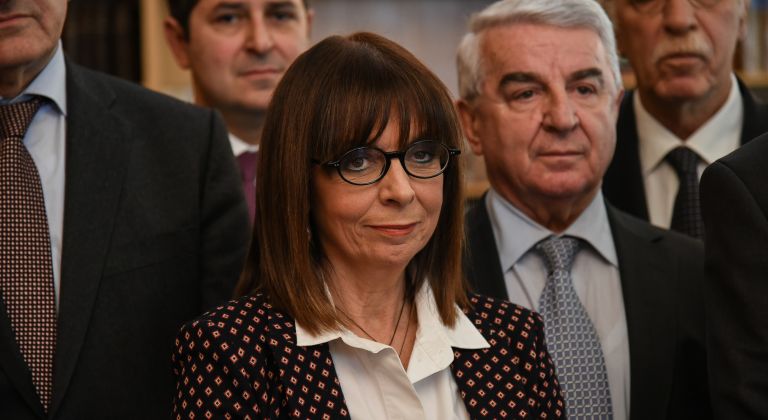 The woman who yesterday was informed by Parliament Speaker Konstantinos Tasoulas that she had been elected to the highest public office in the land has a different demeanour than what we are accustomed to from those holding high offices in Greece.

Clearly emotionally moved, she heard that her candidacy garnered broad support in Parliament at a time when domestically a sense of normalcy is returning and abroad the threats from the east (Turkey) are mounting.

In just a few phrases and without a stentorian delivery, adoration of antiquity, or grandiose turns of phrase, Ekaterini Sakellaropoulou laid out her vision for the new Greece that the PM has pledged to establish.

She spoke extemporaneously about the challenges of the 21st century (the economic crisis, climate change, and the weakening of the rule of law) and about the country’s priorities (bolstering the calm political climate, economic growth, reversal of the brain drain, protection of weaker citizens, and of course ensuring Greece’s territorial integrity and sovereign rights).

She seemed down-to-earth and realistic with absolute cognizance of her weighty responsibilities in March.

The president-elect of Greece has won people over even before assuming her duties.

If she maintains the same stance while in office – and everything points in that direction – then her success is guaranteed.

Στέλιος Χανταμπάκης: Δείτε τι έκανε μαζί με τα παιδιά του
TANEA Team 23 Ιανουαρίου 2020 | 23:03
Δείτε επίσης
Περισσότερα άρθρα για Αγγλική έκδοση
Government and opposition are skirmishing over the rubble in Mati Editorial: Duty
As it turned out Mega was too big to die Editorial: The return of Mega Channel
The government cannot address the problem of school violence on its own Editorial: Wave of violence
Job creation is the overarching aim so that society can prosper Editorial: Automatic pilot
Right now there must be delicate diplomatic manoeuvres abroad and a solid front domestically Editorial: Consensus
Editorial: Delusions
Editorial: Readiness
It seems that freedom of speech cannot be taken for granted in our country Editorial: Fascism
At last it seems that reason is prevailing over belief and superstition about vaccines Editorial: Sirens
Dialogue must continue to be a basic pillar of Greek foreign policy Editorial: Dialogue
SYRIZA links Oruc Reis incident to Turkey's disputation of Greek sovereignty over Aegean islets
The state is obliged to determine which groups are serving humanistic ideals and which are simply exploiting human misery Editorial: Investigation
Electronic prescriptions a much-needed push toward digital modernisation
Deterring a military clash cannot be the sole objective of foreign policy Editorial: Limits
Editorial: Transparency