The office of President of the Hellenic Republic has an enormous special weight institutionally and in substance. 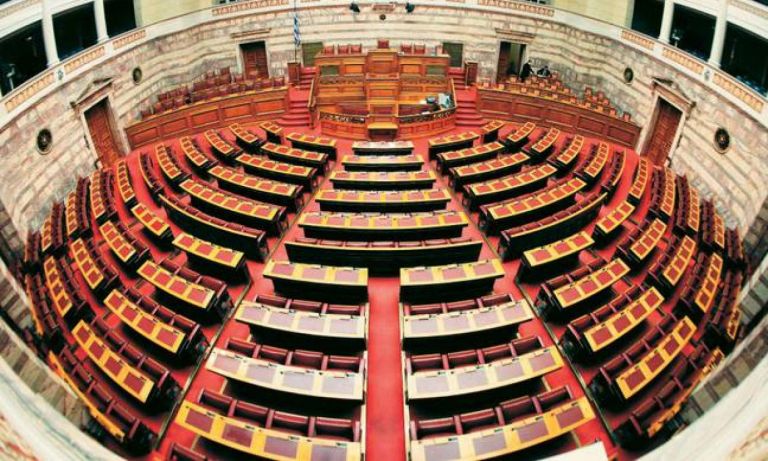 The nomination for the office of the President of the Hellenic Republic by tradition is first announced by the PM to the ruling party's parliamentary group.

The prime minister chose to make the announcement in a nationally televised statement to Greek citizens.

The reason for that is that there was much speculation about the choice which was not befitting the highest office in the land.

One must acknowledge that the ruling majority made an institutional choice.

The office does not permit political games and that principle was heeded perfectly well.

The nominee has the prestige and wherewithal to serve the office in a worthy manner and to rise to the occasion.

The role of the presidency is largely ornamental in terms of powers but not in terms of symbolism.

The office of President of the Hellenic Republic has an enormous special weight institutionally and in substance.

Political parties have a duty to weigh all the parameters before responding to the nomination of the majority and to rise to the occasion by fulfiling their institutional role.

The prime minister’s nominee has all the characteristics of a consensual choice.

That consensus must now be demonstrated in practice.

TANEA Team 16 Ιανουαρίου 2020 | 21:23
Share
Δείτε επίσης
Περισσότερα άρθρα για Αγγλική έκδοση
A businessman has the right to bar entry to his or her establishment of unvaccinated people Editorial: Reaching an understanding
Editorial: Privileges
The NATO Summit is bound to be newsworthy as it is Biden’s first Editorial: Lines
The government must ensure that the path toward modernisation will begin. Editorial: Changes
Covid free Kythnos island – 100% of the population vaccinated
Tourism minister in the Netherlands
There are strikes, like the one at the port, held just for the sake of declaring them Editorial: Conceptions
Ideally, we should fashion a new social and economic model for Greece Editorial: Model
The government must urgently undertake necessary initiatives to root out organised crime Editorial: Root out organised crime
COVID-19 vaccines and immunity: We are not among the lucky ones
Our era requires balances, seriousness, planning, and of course to defend one’s red lines Editorial: A coordinated foreign policy
The Turkish Foreign Minister confirms that the big goal is to convene a Mitsotakis – Erdogan meeting Exclusive Interview TO VIMA – Mevlut Cavusoglu: The “keys” for a solution
Fear could lead to slowing down the pace of appointments in the vaccine rollout Editorial: Choices
In our age, references to international law seem cliché or even something of a joke Editorial: Red lines of democracy
The UGS’s position on the recent statements made by Mr. Panos Laskaridis