Turkey is becoming isolated due to a policy characterised by excessive ambition and a complete lack of prudence. 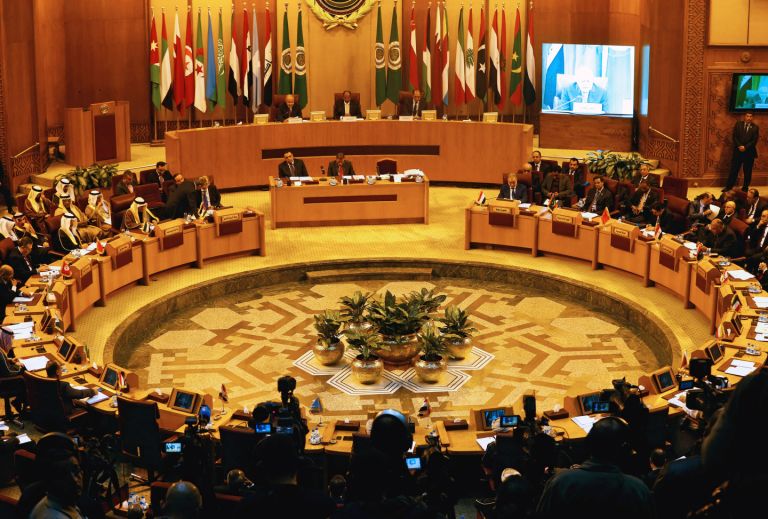 Our country is bedeviled by a syndrome that it is unique and isolated.

As it seems, however, the country that is ever more isolated is not Greece but Turkey.

It is becoming isolated due to a policy characterised by excessive ambition and a complete lack of prudence. With his  aggressive and unthinking policies, Recep Tayyip Erdogan has succeeded only in opening a number of fronts against him.

The Arab League’s (photo) condemnation of Turkey’s activity in Libya is just one example. As long as Ankara behaves like a thug it fuels alliances against it. As long as it acts with the logic of a regional power that imposes itself by force reactions against it will be heightened.

That means it will be left outside the game as is evidenced by the EastMed gas pipeline agreement between Greece, Cyprus, and Israel -with Italy posed to follow suit.

All that means that Greece is gaining a comparative advantage over Turkey. It must exploit this advantage in order to establish its place as an anchor of stability in the region.

In the face of Turkish provocations which are no longer limited to Greek-Turkish affairs, Greece has every reason to maintain the stance of a calm force  and at some point to extend a hand of friendship to an isolated and possibly humiliated Turkey.

That is mandated by the advantageous position in which Greece is beginning to find itself.