The decade began with PM George Papandreou’s six-minute nationally televised speech from the small island of Katelorizo and it is winding up (with the proud victory of New Democracy. 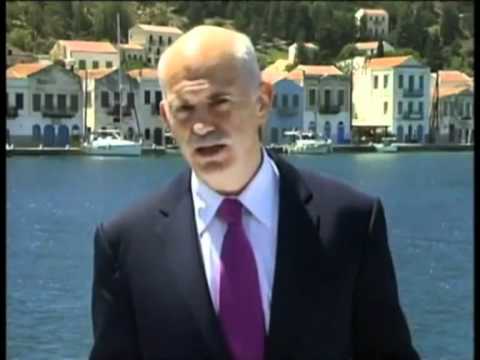 The decade began with PM George Papandreou’s six-minute nationally televised speech from the small island of Katelorizo and it is winding up politically with the proud victory of New Democracy in the general election last July. So many things transpired in one decade that under normal conditions would take many decades.

One is speaking of the notorious crisis which was accompanied by the rise and fall of Greek red-tinged populism.

The most massive demonstration against the bailout memorandum on 5 May, 2010 was marred by the horrendous death of three people – including a pregnant woman – at Marfin Bank. Almost a decade later no one was brought before justice.

Similarly, 40 months later the verdict has yet to be delivered in the case of the murder of rapper Pavlos Fyssas, which was to mark the beginning of the end of Golden Dawn.

It was truly a violent decade. The responsibility lies largely with the left-wing right-wing hybrid government that ruled the country for four-and-a-half years.

The violence was not only on the streets. It was exerted by the SYRIZA leader on his voters when he ignored the result  (a resounding rejection) of the referendum he had called on the last bailout memorandum.

At the last minute, Alexis Tsipras realised that the memorandum was the only way Greece could remain in eurozone.

Violence was exerted on all Greeks with capital controls followed by unnecessary additional austerity.

The “spoiled child of history” as Kostas Kostis described Greece, and the “dual-natured and dual substance” country according to Petros Papasarantopoulos, emerged from the tempest more mature and stronger, along with a strong desire for normalcy.

The next decade will not necessarily be calm. May it at least have fewer upsets.

Κοροναϊός : Νέα κρούσματα σε Γαλλία και Γερμανία – Έτοιμο σχέδιο δράσης στην Ελλάδα
TANEA Team 29 Δεκεμβρίου 2019 | 20:35
Δείτε επίσης
Περισσότερα άρθρα για Αγγλική έκδοση
Greece bolsters deterrent force, prepares response to Turkey’s expansionism
Health ministry undertakes campaigns to combat smoking, alcoholism, obesity
The president-elect of Greece has won people over even before assuming office Editorial: Modesty
Marinakis just dealt the final blow to the so-called ‘clean-up’ of Greek Football in front of UEFA/FIFA
The dialogue Marinakis to Grammenos: «You have been doing anything that Savvidis was telling you for such a long time and now you’ve become sensitive?»
President-elect Ekaterini Sakellaropoulou symbolises Greece’s passage to a new era with greater consensus and less toxicity Editorial: A victory for democracy
'Our country is governed by the rule of law and is a force of stability, growth, and culture' President-elect Sakellaropoulou to focus on defending rights, sovereignty
Turkey’s provocations are non-stop Editorial: Audacity
Hospitals should not be excluded from public-private partnerships Editorial: Partnerships
The government in Tripoli has said that Greece 'has nothing substantial to offer'. Haftar in Athens, Greece to veto EU approval of Libya peace deal if MOU with Turkey not canceled
The nominee has the prestige and wherewithal to serve the office in a worthy manner Editorial: Consensus
The last president who was not a politician was Christos Sartzetakis who served between 1985-1990 In historic move, Mitsotakis taps Council of State chief to serve as first woman president
Realism at all levels and in every way must be the only guide Editorial: Realism
Greece cannot be punished ad infinitum for the errors of the past Lower primary surplus targets key to Greek economic growth
Indian slaves swap life of bondage for seat in boardroom at tea plantation