Greece is also taking initiatives in the Middle East such as the foreign minister’s trip to Libya and Egypt yesterday, 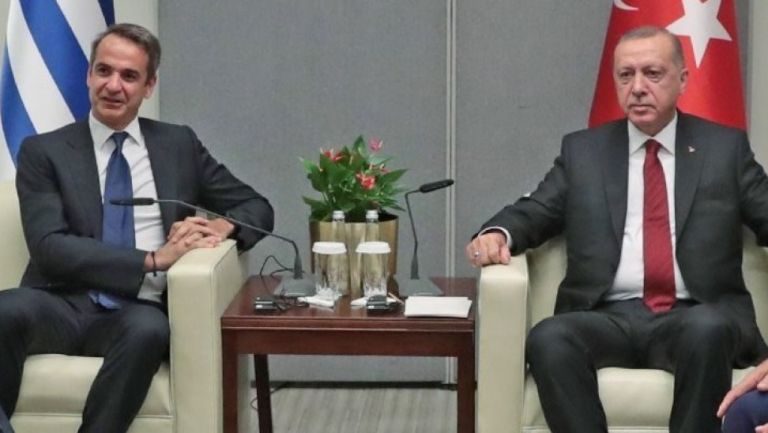 The leader of Turkey loses no opportunity to display his aggressiveness.

Yesterday he spoke about grey zones in the Aegean (Greek islands whose sovereignty Ankara disputes) and accused Greece and its allies of trying to block Turkey’s access to the sea.

He announced that he will bolster Ankara’s military support for the government of Libya.

Athens responds to this intransigence with the Agreement of the Four in which it is joined by Israel, Egypt, and Cyprus for the construction of the EastMed pipeline.

Greece is also taking initiatives in the Middle East such as the foreign minister’s trip to Libya and Egypt yesterday.

Along with these moves the government must not forget that Turkey will remain our neighbour.

Hence, channels of communication must remain open not in order to make bilateral agreements on issues (mainly of sovereignty) that divide the countries and which Athens has always considered non-negotiable, but rather to make it possible for Greece and Turkey to eventually go to the International Court of Justice to resolve issues that the two sides have agreed to in advance.

There are many obstacles in such a course. The Greek political class fears the political cost that reviving this issue will have.

The Turkish political class, which theoretically does not rule out such an eventuality in fact places so many preconditions that make such a solution prohibitive.

That does not mean that diplomacy must resign itself to the current situation and problems.

A military clash would be disastrous for both countries.

TANEA Team 23 Δεκεμβρίου 2019 | 13:41
Share
Δείτε επίσης
Περισσότερα άρθρα για Αγγλική έκδοση
If Syriza believes it can garner political gains with daily political transformations it is sorely mistaken Editorial: Political vertigo
Santander Consumer Finance begins activities in Greece
Evangelos Marinakis: Post-Covid Shipping and the Environment – Green Energy Investments
The US ambassador says Biden has “opened up a new vocabulary of cooperation” with Greece Pyatt see deeper US-Greece strategic ties under Biden administration
The case will be re-tried in the framework now set by the Council of State Bombshell Council of State ruling accepts state’s vaccine side-effect liability
May Day should be honoured with a single march each year Editorial: Unity
Transcending the collective crisis will require leadership and not troublemakers Editorial: Messages
After a six-month shutdown, workers in the restaurant business laid the tables Editorial: The first step
The government has repeatedly said that the existing framework is outdated Battle royal looms over government bill overhauling labour relations, limiting strike action
The labour trade union movement is an invaluable and irreplaceable weapon of workers An urgent need for the rebirth of the trade union movement
Editorial: The pendulum of American politics
The thirty-somethings rushed to be vaccinated for the sake of their families and their friends Editorial: Front-and-centre
The parliamentary vote on approval of the plan’s implementation is expected before Easter Editorial: Liquidity
Turkey is keenly aware of the fact that there is a new player on the geopolitical chessboard Editorial: A just act
Biden takes historic step to recognise Armenian Genocide