The government should marshal alL of its tools of communication to explain its plan and to protect local societies from various deceptions. 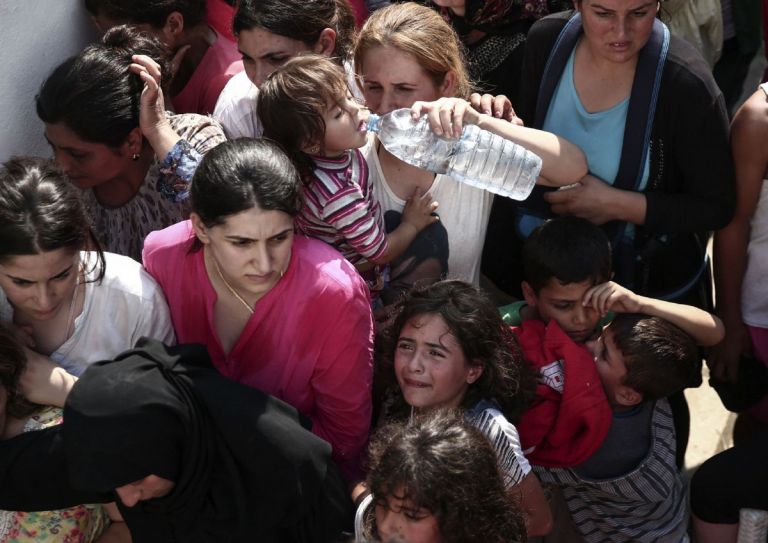 Some of the necessary understandings are that these people cannot be allowed to drown at sea and that Aegean islands across from the Turkish border cannot shoulder the entire burden, as if the entire issue does not concern the rest of the country but only Lesvos, Samos, and Chios.

Clearly it is necessary to have a plan to distribute geographically the refugees and migrants and put them up in structures that will not offend their human dignity or the dignity of the country.

Obviously, local communities should not slip into attitudes and behaviours that have been adopted by EU countries when the issue of migrant distribution was raised at the EU-wide level.

That does not mean that the government should not marshal all of its tools of communication both in order to explain its plan and to protect local societies from various deceptions surrounding the refugee and migrant issue - such as the idea that the presence of migrants will result in a higher crime rate.

It also does not mean that the government should not exhaust all means to get the EU to assume its responsibilities.

The refugee and migrant issue cannot be solved or even confronted without the active participation of the European Union.

Εντείνεται η ανησυχία για τον κοροναϊό : Αυξάνονται συνεχώς οι νεκροί στην Κίνα – Νέο κρούσμα στην Αυστραλία
TANEA Team 21 Νοεμβρίου 2019 | 18:45
Δείτε επίσης
Περισσότερα άρθρα για Αγγλική έκδοση
The president-elect of Greece has won people over even before assuming office Editorial: Modesty
Marinakis just dealt the final blow to the so-called ‘clean-up’ of Greek Football in front of UEFA/FIFA
The dialogue Marinakis to Grammenos: «You have been doing anything that Savvidis was telling you for such a long time and now you’ve become sensitive?»
President-elect Ekaterini Sakellaropoulou symbolises Greece’s passage to a new era with greater consensus and less toxicity Editorial: A victory for democracy
'Our country is governed by the rule of law and is a force of stability, growth, and culture' President-elect Sakellaropoulou to focus on defending rights, sovereignty
Turkey’s provocations are non-stop Editorial: Audacity
Hospitals should not be excluded from public-private partnerships Editorial: Partnerships
The government in Tripoli has said that Greece 'has nothing substantial to offer'. Haftar in Athens, Greece to veto EU approval of Libya peace deal if MOU with Turkey not canceled
The nominee has the prestige and wherewithal to serve the office in a worthy manner Editorial: Consensus
The last president who was not a politician was Christos Sartzetakis who served between 1985-1990 In historic move, Mitsotakis taps Council of State chief to serve as first woman president
Realism at all levels and in every way must be the only guide Editorial: Realism
Greece cannot be punished ad infinitum for the errors of the past Lower primary surplus targets key to Greek economic growth
Indian slaves swap life of bondage for seat in boardroom at tea plantation
Editorial NEA: Puzzle
EU resumes probe into Boeing-Embraer deal, sets new April 30 deadline