In other word, low birth rates have a specific cause. The storks are not coming due to the economic situation of young people and the absence of state assistance. 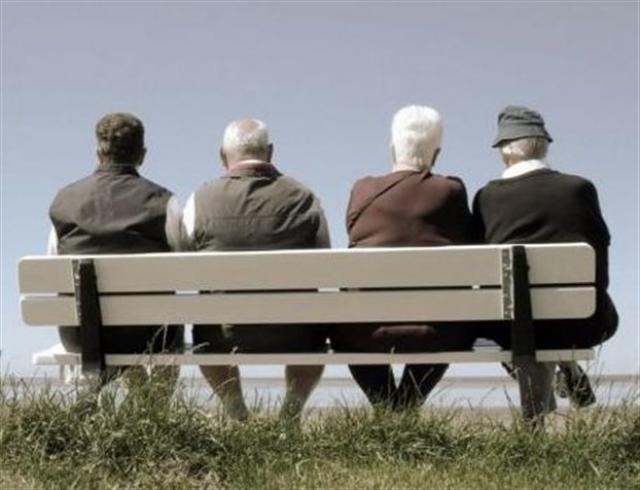 All studies indicate that Greece's population is aging and shrinking.

All the experts underline that the demographic problem is a time-bomb tha will explode if one does not craft a national strategy to reverse the trend and its ominous consequences.

Yet, the problem is glaringly absent in public discourse as if no one cares to deal with it or as if the phenomenon cannot be reversed.

An article published today in Ta Nea adopts the opposite view and rejects both indifference and fatalism.

The study indicates that it is economic hardship and not new mores that leads young couples not to have children.

It also states that a whopping 89.7 percent would have a child if the state covered the medical costs of delivery, while 86.3 percent would do the same if they were guaranteed as subsidy for child care centres.

In other word, low birth rates have a specific cause. The storks are not coming due to the economic situation of young people and the absence of state assistance.

International experience including the case of France has shown that state aid has had remarkable results in increasing birth rates and remedying a problem which acording to experts will ineluctably lead the nation to extinction.

TANEA Team 1 Νοεμβρίου 2019 | 14:58
Share
Δείτε επίσης
Περισσότερα άρθρα για Αγγλική έκδοση
Marinakis: «The result was clearly distorted – Dräger was fouled before the goal»
It is behind closed doors that the harshest stories of violence against women are hidden Editorial: Silence means sharing the guilt
Fourteen ICU beds, donated by Evangelos Marinakis, Angeliki Frangou and ION S.A. ready for use
SYRIZA in fact was not so eager to create a common front with the left Editorial: Political flirt
It is not too much to ask our political parties to adapt to the new realities Editorial: Time to build consensus
Any back-pedaling on the public health restrictions that have been imposed would be catastrophic Editorial: No to complacency!
Politicians can visit the historic Athens Polytechnic campus to leave a flower, as the PM suggested, or to lay a wreath as the main opposition leader proposed. Editorial: The cost
Perhaps the government could have handled the matter earlier and differently Editorial: Lives must be saved
We must deprive Turkey of its strongest weapon – the element of surprise Editorial: Equation
It is by now clear that Tsipras and Polakis are one and the same politically Editorial: Political cover
The only way to deter a disaster from the second wave of the virus is to get a vaccine and religiously comply with restrictive measures Editorial: Deterrence
There is an urgent need to strictly enforce the lockdown Editorial: Behaviours
As COVID-19 cases soar Greece announces three weeks nationwide lockdown
The freedom to disseminate applies to ideas and not the distribution of drugs Editorial: Breaking taboos
The US must not be a country of divisions and irrationality Editorial: History in the making