As a mature European democracy Greece must become an example and restart its relations with less mature Balkan democracies and with an authoritarian Turkish democracy. 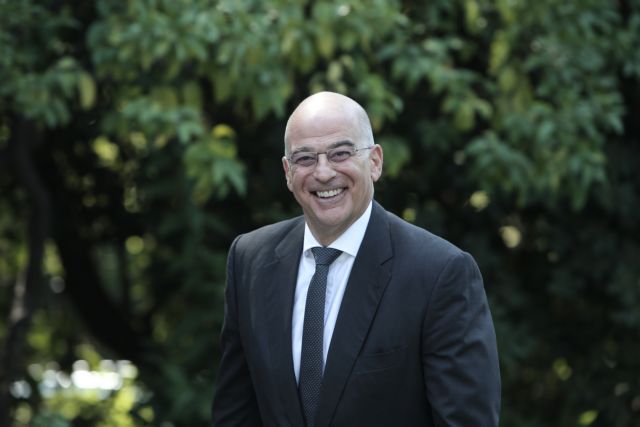 In an article published exclusively by Ta Nea, Foreign Minister Nikos Dendias outlines the country’s foreign policy and the role that Greece seeks in international affairs.

The government wants Greece to be outward looking and to press the restart button in Greek-Turkish relations.

Dendias says Greece must be self assured and not insecure in order to build sound relations with its Balkan partners.

In this manner Greece can lead the effort to bring along its Balkan partners on an outward-looking path of self-confidence.

Certainly, this is not an easy task. Battered by last year’s recession, Turkey remains in a tough economic situation with double-digit inflation and unemployment.

Albania is often embattled by nationalist fervour while the Prespa Accord between Greece and North Macedonia is also fraught with problems.

The Balkans and the Southeastern Mediterranean remain in tumult. New problems are piling upon older ones.

Yet the path of cooperation is a one-way street. As a mature European democracy Greece must become an example and restart its relations with less mature Balkan democracies and with an authoritarian Turkish democracy.
Greece must become a country that is both outward-looking and self-confident.

TANEA Team 15 Σεπτεμβρίου 2019 | 17:23
Share
Δείτε επίσης
Περισσότερα άρθρα για Αγγλική έκδοση
Editorial: Audits of politicians' wealth
Mario Draghi has a prominent position in the EU architecture Editorial: Alliance
After a certain point, the necessary caution is a matter of personal responsibility Editorial: COVID-19 and personal responsibility
Extremists still constitute a threat Editorial: Threat
A consciously responsible stance is needed Editorial: Maintaining COVID-19 alertness
The late PM Constantine Karamanlis famously said, 'We belong to the West' Editorial: Contradictions
The end of EU enhanced fiscal supervision signals the exit from the tunnel Editorial: Breakthroughs
Head of Greek Pomaks’ Association rips into Erdogan’s revisionist expansionism
All Greek governments since Andreas Papandreou's demanded the return of the Marbles Osborne: ‘Deal to be done’ on sharing Parthenon Marbles
All efforts toward a radical resolution of the refugee problem have failed Editorial: The end does not justify the means
France's centrist forces are rallying behind President Emmanuel Macron Editorial: The political centre
The Germans are returning, this time not to impose their will but to cooperate Editorial: Greece as a bridge between Western Balkans, EU
The demographic crisis must be managed swiftly Editorial: Demographic crisis
There was a Jewish presence in Thessaloniki even in antiquity, and the Apostle Paul preached in its synagogue Leon Saltiel: Glimmers of hope in battling Greek antisemitism
Investment will also play a pivotal role Editorial: The dynamic of the Greek economy