The theft of military materiel from the naval base on the island of Leros exposes our contry’s armed forces. 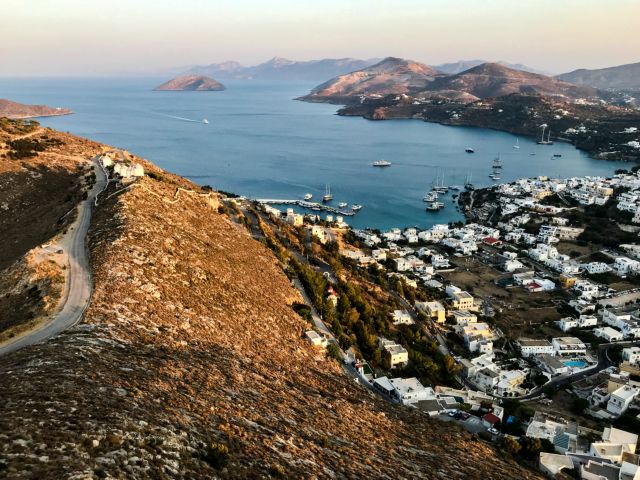 The theft of military materiel from the naval base on the island of Leros exposes our contry’s armed forces.

One gets the impression that our military infrastrucure is out of control and that even those facilities which are guarded with a high level of security, such as warehouses of armaments, are also beyond control.

What stirs heightened concern is that in the cases of similar past thefts it turned out that the culprits were members of terrorist organisations.

These are the reasons that the case must be cleared up as soon as possible.

Neither can the prestige of the armed forces be undermined in this manner nor can one be allowed to forge the false suspicion that there is an effort to reconstitute democracy with the stolen materiel.

When the idea hovers that there is an effort underway to revive terrorism with operations of a great magnitude and with the possible use of stolen armaments that is the last thing the country needs as it struggles to turn a page.

The police angle of this affair also mandates an immediate and thorough probe as initial reports indicated that there is no evidence of a break-in.

That could limit the circle of suspects.

The conclusion is that in the future nothing can be left to chance and that handling of such matters requires a high level of responsibility.

TANEA Team 11 Σεπτεμβρίου 2019 | 21:14
Share
Δείτε επίσης
Περισσότερα άρθρα για Αγγλική έκδοση
Editorial: A calculated diplomacy
It is the duty of the government to immediately coordinate with the expert committee Editorial: Clarity
Greece's demographic problem is complex and requires political solutions Editorial: Anachronism
A businessman has the right to bar entry to his or her establishment of unvaccinated people Editorial: Reaching an understanding
Editorial: Privileges
The NATO Summit is bound to be newsworthy as it is Biden’s first Editorial: Lines
The government must ensure that the path toward modernisation will begin. Editorial: Changes
Covid free Kythnos island – 100% of the population vaccinated
Tourism minister in the Netherlands
There are strikes, like the one at the port, held just for the sake of declaring them Editorial: Conceptions
Ideally, we should fashion a new social and economic model for Greece Editorial: Model
The government must urgently undertake necessary initiatives to root out organised crime Editorial: Root out organised crime
COVID-19 vaccines and immunity: We are not among the lucky ones
Our era requires balances, seriousness, planning, and of course to defend one’s red lines Editorial: A coordinated foreign policy
The Turkish Foreign Minister confirms that the big goal is to convene a Mitsotakis – Erdogan meeting Exclusive Interview TO VIMA – Mevlut Cavusoglu: The “keys” for a solution