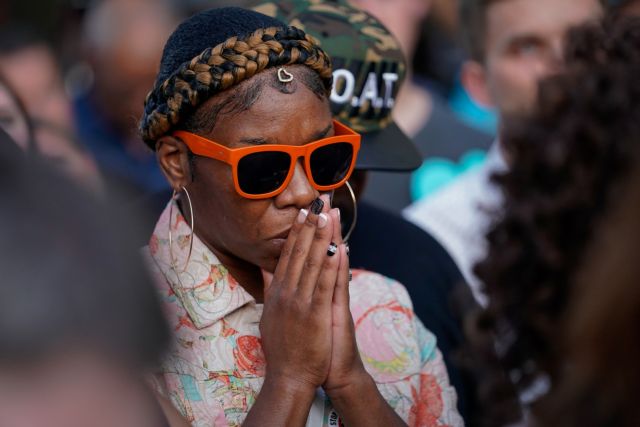 We have almost become accustomed to it.

When we hear about a mass murder in an American state and then about a second one we shake our heads saying that the country was always violent.

Yet, we are wrong to do so.

America’s problem is that it has a huge amount of weapons.

The chances of a New Yorker and a Londoner being robbed are about the same.

Yet, the New Yorker is 54 times more likely to lose his or her life.

Κοροναϊός: Μάχη με τον χρόνο για εμβόλια – θεραπείες
TANEA Team 5 Αυγούστου 2019 | 17:30
Share
Δείτε επίσης
Περισσότερα άρθρα για Αγγλική έκδοση
Blinded by power the Syriza-Independent Greeks thought they could rule without constitutional checks Editorial: Paying the piper
German pig farmers suffer after abattoir’s closure
China braces for more rainstorms over weekend, climate change blamed
SYRIZA is battling to be the first party never to remove its head from the sand Editorial: Self-criticism
Democratic rule is not a given but it has strong antibodies and decades of experience Editorial: Judiciary
Dermitzakis sees task of National Council on Research, Technology and Innovation as key to economic recovery
Everything must come to light now! Editorial: Let everything come to light
Given the fact that Greece did very well in the first phase of the pandemic we can do it again now. Editorial: Restart
One can buttress a new type of citizen-friendly state and a public administration that will rely on expedite digital reform Editorial: State
Shadows, rumours about apartment owned by Greek Orthodox Archdiocese of Australia
The pandemic was a difficult test for students and teachers Editorial: Expectations
A key parameter is the alignment with Italy in the area of resources and fishing policy. Editorial: An historic agreement