Angelis alleged that the minister he calls Rasputin ordered prosecutors to file charges without following criminal procedure and without collecting adequate evidence. 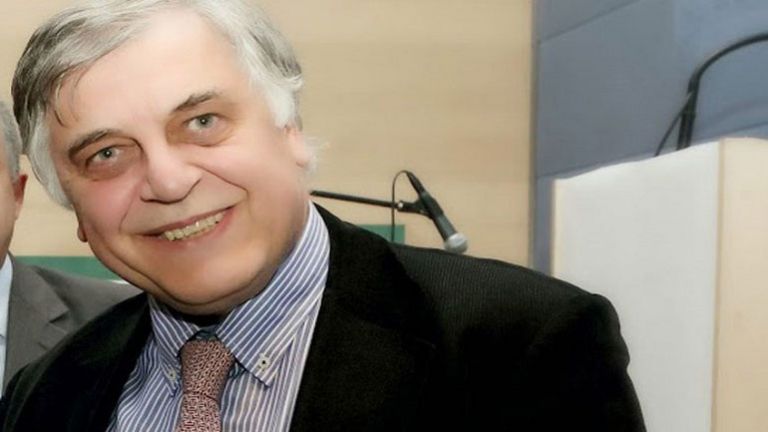 Just two days before he will be deposed regarding his charges of a botched handling of the Novartis kickbacks case by his colleagues and of governmental meddling in the case, Deputy Supreme Court Prosecutor Ioannis Angelis has in a 10-page report requested that lawsuits filed by former PM Antonis Samaras, former Pasok leader Evangelos Venizelos, and European Commissioner Dimitris Avramopoulos (a former health minister) should be removed from the archive in which they were shelved and reviewed anew.

Samaras has charged that his implication in the Novartis case was the product of a government-judiciary conspiracy to slander and annihilate him politically.

Venizelos and Avramopoulos have made similar allegations.

Angelis submitted his report on 19 June, and judicial sources say that he did not follow the proper procedure as he had already  submitted his request to chief Supreme Court Prosecutor Xeni Dimitriou, who is reviewing the request and has the authority to order further investigation of the plaintiffs’ charges based on any possible new evidence.

It is unclear whether new evidence has emerged and what it might entail.

Angelis personally instructed the Appellate Court Prosecutor’s Office to probe the allegations in the three lawsuits.

Angelis orders that politicians be deposed, ‘Rasputin’ be identified

In his order to the appellate court prosecutor, Angelis requests that Samaras, Venizelos, and Avramopoulos be called in to testify as witnesses regarding their allegations.

Angelis also orders that all necessary action be taken to identify the man he has described as “Rasputin” in his recent open letter to the press, in which he alleges that Dimitriou knows who Rasputin is and that she shelved his allegations against him for five months.

Angelis alleged that the minister he calls Rasputin ordered prosecutors to file charges without following criminal procedure and without collecting adequate evidence.

Angelis never summoned politicians when he supervised the case

Judicial sources note that when Angelis was supervising the investigation of the possible implication of politicians in the Novartis overpricing and kickbacks case he never summoned any politician to testify and that the information that he cites in his fresh 10-page report has been known to him for months, as is evident from his 12 June open letter, which caused a political uproar.

Angelis to respond to Touloupaki’s charges against him

The probe into Angelis charges is being conducted by Deputy Supreme Court Prosecutor Dimitrios Dasoulas .

The probe of Touloupakis’ charges is being conducted by another deputy Supreme Court prosecutor, Vasileios Pliotas.

According to leaks to the press, in a January report she submitted to the Supreme Court Touloupaki alleged that Angelis had refused to receive information on the supposed implication of a Greek politician in the Novartis case from US law enforcement officials at a meeting in Vienna, where he insisted that any information be transmitted through formal channels - Eurojust.

Touloupaki also has alleged that Angelis had seized files regarding Novartis and other cases as well as original confidential documents that US prosecutors shared with Greek prosecutors.

TANEA Team 20 Ιουνίου 2019 | 17:11
Share
Δείτε επίσης
Περισσότερα άρθρα για Αγγλική έκδοση
An emotional start in taking a position on developments in the region would be catastrophic Editorial: A measured response to Israeli-Palestinian conflict
The alternate interior minister said problems with COVID-19 self-tests will be resolved by the end of May Government poised to abolish mandatory SMD to leave home, working to solve self-test problems
If Syriza believes it can garner political gains with daily political transformations it is sorely mistaken Editorial: Political vertigo
Santander Consumer Finance begins activities in Greece
Evangelos Marinakis: Post-Covid Shipping and the Environment – Green Energy Investments
The US ambassador says Biden has “opened up a new vocabulary of cooperation” with Greece Pyatt see deeper US-Greece strategic ties under Biden administration
The case will be re-tried in the framework now set by the Council of State Bombshell Council of State ruling accepts state’s vaccine side-effect liability
May Day should be honoured with a single march each year Editorial: Unity
Transcending the collective crisis will require leadership and not troublemakers Editorial: Messages
After a six-month shutdown, workers in the restaurant business laid the tables Editorial: The first step
The government has repeatedly said that the existing framework is outdated Battle royal looms over government bill overhauling labour relations, limiting strike action
The labour trade union movement is an invaluable and irreplaceable weapon of workers An urgent need for the rebirth of the trade union movement
Editorial: The pendulum of American politics
The thirty-somethings rushed to be vaccinated for the sake of their families and their friends Editorial: Front-and-centre
The parliamentary vote on approval of the plan’s implementation is expected before Easter Editorial: Liquidity