'It should be noted that in the highest echelons of the judiciary everyone knows who Rasputin is but they are afraid of naming him for obvious reasons,' Angelis wrote. 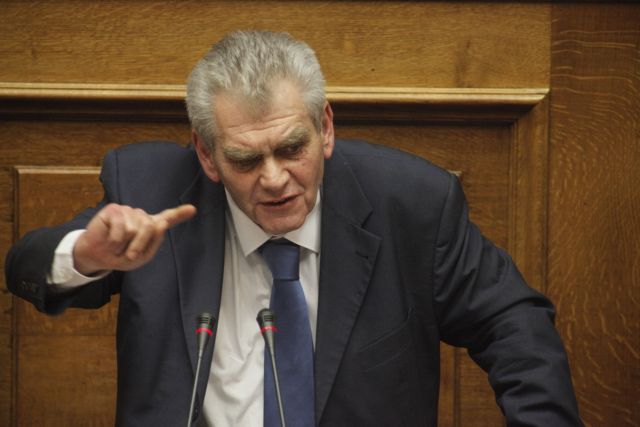 Straight on the heels of Justice Minister Michalis Kalogirou’s order yesterday that a disciplinary probe be launched against him, former Deputy Supreme Court Prosecutor Ioannis Angelis (who was supervisor of the corruption prosecutors handling the Novartis probe) has sent an open letter to the press outlining a long string of procedural violations and allegations that there were targeted prosecutions without the necessary evidence in the Novartis case.

Kalogirou in a subsequent statement maintained that Angelis had not brought his allegations to his attention.

Following the general probe of the handling of the Novartis case at all levels of the process ordered by Supreme Court Prosecutor Xeni Dimitriou, Kalogirou ordered the legally mandated disciplinary probe of Angelis, who has charged that a government minister – whom Angelis has described as Rasputin - had ordered judicial functionaries to file charges against individuals without the requisite evidence.

Angelis resigned his post in January and at the time unleashed allegations that Corruption Prosecutor Eleni Touloupaki had exceeded her remit in taking depositions in the case.

It should be noted that Alternate Justice Minister Dimitris Papangelopoulos in February, 2018, had told Parliament that the Novartis affair is “the biggest scandal since the founding of the Modern Greek state” (in 1830), even though the minister is not supposed to be privy to the court files.

The ten ex-ministers and two former Prime Mnisters – ND’s Antonis Samaras and caretaker PM Panagiotis Pikrammenos - who were investigated by the judiciary have charged that they were the victims of a government-judiciary conspiracy to prosecute them based only on hearsay from protected witnesses.

The case was closed for all of the politicians for lack of evidence, with the exception of former health minister Andreas Loverdos (Pasok).

His and his relatives’ bank accounts were searched and no evidence of impropriety arose. His case is also expected to be shut.

Angelis will be investigated by Council of State President Ekaterini Sakellaropoulou.

In his lengthy open letter, Angelis charges that it was “decided in advance that criminal charges would be filed “willy-nilly – fast track” with following the rules of criminal procedure.

He notes that Dimitriou was from the start informed of his actions almost on a daily basis and that they shared the same views which they brought to the attention of Kalogirou their criticism of “the crooked criminal procedure path” that the investigation of the Novartis case had taken.

He says they also informed Kalogirou of the general disorganisation of the Office of the Anti-Corruption Prosecutor due to the lack of staffing in conducting the investigation.

Angelis says he and Dimitriou proposed solutions for the staffing problem which required a ministerial decision.

“Following the dissemination of manufactured information about me and efforts to create a conspiracy against me (that I allegedly refused to receive important evidence on a USB stick regarding the Novartis case) by a person who in the judiciary has been given the moniker ‘Rasputin’, and following efforts by media that were friendly towards Rasputin to malign me, I submitted in a 7 January, 2019, a report with my resignation for reasons of honour and my declaration in all directions that “I shall not go to jail because the errors in the Novartis probe will be pinned on me”.

“It should be noted that in the highest echelons of the judiciary everyone knows who Rasputin is but they are afraid of naming him for obvious reasons,” Angelis wrote.

Κοροναϊός : Ποια είναι τελικά τα πραγματικά ποσοστά θνησιμότητας
TANEA Team 12 Ιουνίου 2019 | 18:56
Share
Δείτε επίσης
Περισσότερα άρθρα για Αγγλική έκδοση
The past can teach us valuable lessons today and equip us for the future Editorial: Lessons
Neither the state nor society can wage this battle on their own Editorial: Rallying cry
Editorial: Action
We can be relatively optimistic because at least we got off to a good start in this struggle for survival. Editorial: Optimism
Editorial: Collateral damage
The Greek president reminded the EU of the values that Greece serves and that Europe must not cease serving Editorial: Messages
Greece takes sweeping measures to protect business, labour from coronavirus tempest
EU shuts borders to impede march of 'the enemy' Coronavirus pandemic
There can be absolutely no complacency or laxness in responding to the Coronavirus pandemic Editorial: Uphill battle
Health ministry announces slight rise in Covid-19, over 4,000 test conducted
At this time of crisis one must not enforce rules that were adopted for normal timeS Editorial: Trying times
Greek president takes to Facebook to unify nation in Coronavirus battle, stresses public health guidelines
Lockdown expanded throughout Greece, government launches 'stay home' self-isolation campaign
We cannot afford to have more people doing just as they please Editorial: Messages
Editorial: Measure