'Turkey may quite possibly send a ship to a portion of the continental shelf which Greece considers Greek and Turkey considers Turkish,' the former PM Simitis stated. 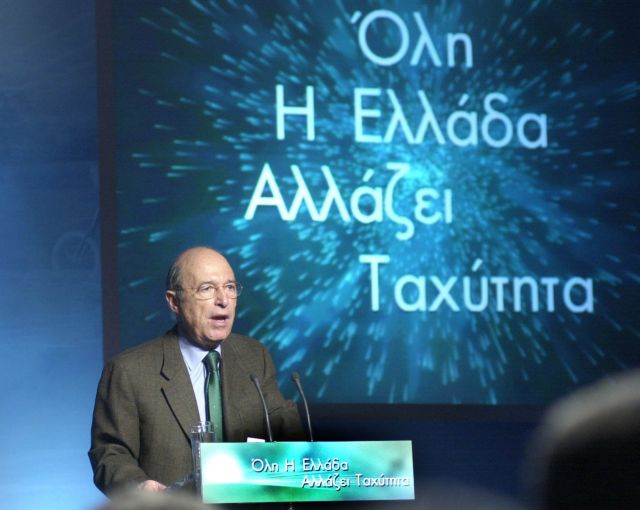 Former Prime Minister Costas Simitis has warned that given the heightened tensions in the Aegean and the Eastern Mediterranean, Ankara may try to set up a military clash as it did when he was PM in 1996.

Simitis succeeded a dying Andreas Papandreou after his resignation in mid-January and within days Turkey sent commandos to land on one of the two Imia islets that belong to Greece.

That brought the two countries to the brink of war and it took the active diplomacy and intervention of the Clinton administration to secure an agreement that both sides would withdraw their forces from the area and that neither Greece nor Turkey would place their flag on either of the rock islets.

Simitis expressed fears that Ankara may again move to exploit the power vacuum in Athens after the 7 July general election and during the transition between the outgoing and incoming government.

In an opinion piece in the 9 July Sunday edition of the daily Kathimerini, Simitis stated that, “It is my conviction that the Imia problem in 1996 was not a coincidence. The Turkish leadership at the time wanted to exploit the crisis caused by the illness of Andreas Papandreou, his resignation, and the election of a new leadership, which it felt it could take by surprise. One cannot rule out similar thoughts in today’s Turkish leadership. The intense political clash in Greece due to the (upcoming) election creates favourable conditions for actions (by Ankara). Turkey may consider that this period is opportune for it to impose its views on the delimitation of Greece’s territorial waters and continental shelf. A Turkish ship searching for oil and gas deposits is already sailing above Cyprus’ continental shelf. Turkey may quite possibly send a ship to a portion of the continental shelf which Greece considers Greek and Turkey considers Turkish,” Simitis stated.

The 7 July general election in Greece may provide the conditions that the Turkish government or deep state need in order to create a de facto situation on the ground.

Turkey’s basic aim is to drag and force Greek diplomacy into a no-holds-barred negotiation. It may then raise claims that Athens can never accept, such as what Turkey calls Aegean “grey zones” (islets where Ankara disputes Greece’s sovereignty) and the Exclusive Economic Zone of the Greek island of Kastelorizo, the existence of which Ankara disputes.

Greek diplomatic circles believe that the prospect of a military confrontation is limited until the repeat Istanbul mayoral election on 23 June.

However, it appears that Turkish diplomacy may be considering a provocation in the Aegean right before or after the Greek election aiming at taking the Greek side by surprise.

If the first party in the Greek general election fails to gain an absolute parliamentary majority, the process of seeking out coalitions could take time, time that Ankara could exploit to pursue its designs. However, it could do the same in the political transition period even if one-party rule is secured in the election.

For this reason, Greek diplomatic and military sources are urging extreme caution both before and after parliamentary elections and throughout the summer.

Ankara appears to believe that the incoming Greek government will not be in a position to easily manage a serious clash and could be forced into no-holds-barred negotiations.

From that perspective, the heightened tensions and threats coming out of Ankara are cause for deep concern in Athens.

Πακιστάν : Συγκλονιστικές μαρτυρίες για την πτώση του αεροπλάνου
TANEA Team 10 Ιουνίου 2019 | 16:27
Share
Δείτε επίσης
Περισσότερα άρθρα για Αγγλική έκδοση
Until when does Mr. Melissanidis think that he can set the ‘rules of the game’?
Greek A-team in the coronavirus battle: Mount Sinai's Antonis Charokopos
Editorial: Challenges
Ta Nea today presents the Athens Municipality plan which is daring but must also be functional Editorial: The Greek capital
Editorial: Recognition
Editorial: A lesson of life
An economic restart is inconceivable with a drop in the employment rate Editorial: Tools
Over 250,000 jobs are expected to be lost Editorial: Standing
It means mutual respect and trust between state, citizens Editorial: A new social contract
The NHS was and in many way remains the sick man of the Greek state Editorial: Pride and joy
Ambassador Op-Ed for Ta Nea The U.S. and Greece: Partners in the Pandemic and the Day After
Now there is no excuse for any delay and the pandemic proved that Editorial: Cogwheels
Editorial: Toning down the rhetoric
Editorial: Recipes
Greece makes haste slowly in lifting lockdown, re-opening of economy