It is well known that the Tsipras administration was the most pliant and convenient of all bailout memorandum-era governments for the country’s creditors. 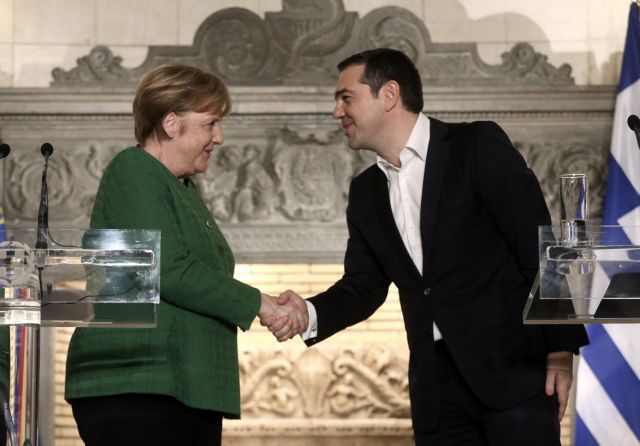 When the prime minister was rising to power he uttered the unforgettable slogan, “Go back Madam Merkel!”

That cry epitomised the government’s aggressive and as it turned out counter-productive stance toward Greece’s partners.

The inglorious end of the demonisation operation was a humiliating capitulation, which was accompanied by a radical change in the stance of the PM.

The sharp characterisation is no exaggeration.

It is well known that the Tsipras administration was the most pliant and convenient of all bailout memorandum-era governments for the country’s creditors.

They returned the favour with kudos and compliments that none of the previous governments had enjoyed.

European officials in unison praised the PM’s dedication to meeting the commitments of the adjustment programme that Mr. Tsipras and creditors had signed.

After being trounced in European and local elections and following the European Commission’s warnings that announced social benefits and handouts would create a hole in the budget, the PM is again resorting to his tried and tested method of demonisation.

He suddenly discovered extreme, conservative circles in Brussels and in the old regime in Greece which allegedly dream of a return to austerity and bailout memorandums.

That stance is anything but responsible in handling the affairs of the country.

It also demonstrates that, despite his assurances to the contrary, Mr. Tsipras does not know how to lose, as every politician in a democracy must.

TANEA Team 7 Ιουνίου 2019 | 15:53
Share
Δείτε επίσης
Περισσότερα άρθρα για Αγγλική έκδοση
Editorial: Audits of politicians' wealth
Mario Draghi has a prominent position in the EU architecture Editorial: Alliance
After a certain point, the necessary caution is a matter of personal responsibility Editorial: COVID-19 and personal responsibility
Extremists still constitute a threat Editorial: Threat
A consciously responsible stance is needed Editorial: Maintaining COVID-19 alertness
The late PM Constantine Karamanlis famously said, 'We belong to the West' Editorial: Contradictions
The end of EU enhanced fiscal supervision signals the exit from the tunnel Editorial: Breakthroughs
Head of Greek Pomaks’ Association rips into Erdogan’s revisionist expansionism
All Greek governments since Andreas Papandreou's demanded the return of the Marbles Osborne: ‘Deal to be done’ on sharing Parthenon Marbles
All efforts toward a radical resolution of the refugee problem have failed Editorial: The end does not justify the means
France's centrist forces are rallying behind President Emmanuel Macron Editorial: The political centre
The Germans are returning, this time not to impose their will but to cooperate Editorial: Greece as a bridge between Western Balkans, EU
The demographic crisis must be managed swiftly Editorial: Demographic crisis
There was a Jewish presence in Thessaloniki even in antiquity, and the Apostle Paul preached in its synagogue Leon Saltiel: Glimmers of hope in battling Greek antisemitism
Investment will also play a pivotal role Editorial: The dynamic of the Greek economy