'The chances of the climate changing until then are minimal. The opinion polls point to a clear victory for opposition leader Kyriakos Mitsotakis,' the report concluded. 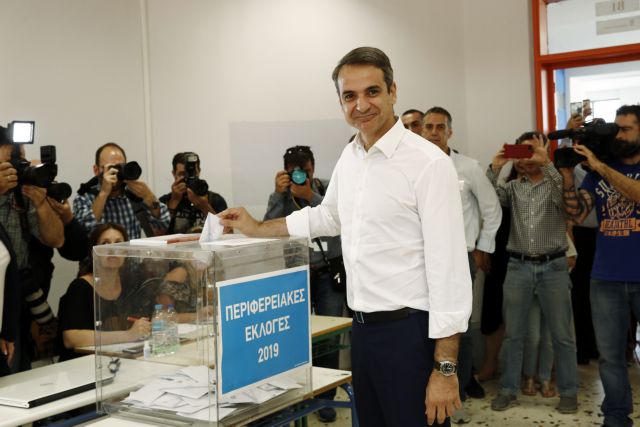 Just days after main opposition New Democracy won sweeping victories against ruling SYRIZA in both European Parliament and local elections, the German financial daily Handelsblatt is projecting a positive shift in investors’ stance toward the Greek economy based on the perception that a conservative government will be more business-friendly.

That expectation appeared to be demonstrated by the drop in Greek bonds’ spreads and the rally on the Athens Stock Exchange (ATHEX).

Noting the upcoming 7 July parliamentary elections, the paper reports that investors are already buying up Greek stocks as they view the electoral results to date as the prelude of a victory for conservative-liberal New Democracy.

The report notes that in the aftermath of the European and local elections the ATHEX broke its recent 830 point ceiling to reach 835 points, a 12-month high.

“The stock market party is a reaction to the result of the 26 May European Parliament election. Opposition New Democracy managed to win the contest by an unexpectedly large margin of around (nearly) ten percentage points…,” the analysis stated.

“After the great failure in the European Parliament election, (PM Alexis) Tsipras is trying to quickly ply forward and is expediting the general election, which will now be held on 7 July instead of the original plan to hold them in October,” the paper’s correspondent wrote.

“The chances of the climate changing until then are minimal. The opinion polls point to a clear victory for opposition leader Kyriakos Mitsotakis,” the report concluded.

TANEA Team 4 Ιουνίου 2019 | 17:31
Share
Δείτε επίσης
Περισσότερα άρθρα για Αγγλική έκδοση
Editorial: Turning a page
'This is no longer about climate change. This is about addressing a climate crisis.' Mitsotakis focuses on pandemic, climate crisis, and Greek-Turkish relations in UN speech
The head of SYRIZA’s Citizen’s Protection policy section simply followed his party’s mannerism Editorial: Mannerism
The cottage industry of lawsuits against educators constitutes a disruption of social peace Editorial: Decisiveness
For the Ecumenical Patriarchate, which has spiritual authority over the Church in America, Elpidophoros, 54, is the best and the brightest that it has to offer. Tempest in a teapot: The attacks on Archbishop Elpidophoros and foreign policy stunts
US President Joe Biden has chosen a particular mixture of policies Editorial: Doctrines
Approximately 160,000 people in Greece today are afflicted with Alzheimer’s disease Editorial: Reminder
Unrepentant, Tsipras unleashed charges against the government and announced handouts Editorial: A return to the past
The country is in great need of stability., not electoral surprises Editorial: Normalcy
The EU’s adjustment of financial rules has facilitated the situation Editorial: Lessons
Editorial: The conundrum of early elections
It is common knowledge that all political parties seek the vote of Greece’s youth Editorial: Greece’s youth
In a democracy, elections cannot serve as a weapon for prime ministers Editorial: The need for electoral stability
Mitsotakis rules out any prospect of political consensus with SYRIZA
Merkel’s statement should lead us collectively to a rethinking of what happened and not reflexive indignation Editorial: The price of imprudent politics