The Left has always been proud of its moral stance. That moral stance was demolished by the left-wing SYRIZA government. 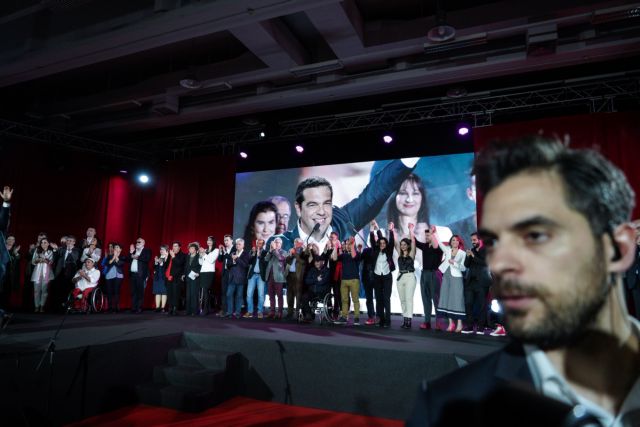 He used the social media to shout “SHAME” at an opposition European Parliament Candidate (Stelios Kimbouropoulos, New Democracy) and psychiatrist who is paraplegic because he dared to say that disabled people do not want handouts but rather seek equal opportunity.

Polakis blasted him because he availed himself of an affirmative action measure to be hired as an attending physician in the National Health System and thus, in the minister’s mind, should not have spoken of equal opportunity being above handouts and affirmative action for the disabled.

Hence, it is no surprise that his clarifications after he stirred rage even in his own party, showed no sign of regret, let alone remorse.

What is a surprise and a very unpleasant one at that is the support that PM Alexis Tsipras offered his minister. It showed that he identifies with him. The PM did not distance himself in the least from the horrible behaviour of the alternate health minister.

The Left has always been proud of its moral stance. That moral stance was demolished by the left-wing SYRIZA government.

The minister’s unseemly comment and the PM’s unbefitting support for him do not concern just the left-wing.

The minister’s statement was undemocratic, and the PM is now responsible for legitimising that undemocratic – indeed fascistic - behaviour.

The government has repeatedly demonstrated that it will sacrifice anything to remain in power. To that end, it has adopted and served policies which have nothing to do with its stated ideology.

The issue transcends politics. The government’s sole concern is to survive politically, even when its members flout the basic principles of humanism and engage in reprehensible behaviour that offends the essence of the human person.

TANEA Team 24 Απριλίου 2019 | 17:46
Share
Δείτε επίσης
Περισσότερα άρθρα για Αγγλική έκδοση
In times of tensions military service is viewed as a national duty Editorial: Incentives for early military service
An emotional start in taking a position on developments in the region would be catastrophic Editorial: A measured response to Israeli-Palestinian conflict
The alternate interior minister said problems with COVID-19 self-tests will be resolved by the end of May Government poised to abolish mandatory SMD to leave home, working to solve self-test problems
If Syriza believes it can garner political gains with daily political transformations it is sorely mistaken Editorial: Political vertigo
Santander Consumer Finance begins activities in Greece
Evangelos Marinakis: Post-Covid Shipping and the Environment – Green Energy Investments
The US ambassador says Biden has “opened up a new vocabulary of cooperation” with Greece Pyatt see deeper US-Greece strategic ties under Biden administration
The case will be re-tried in the framework now set by the Council of State Bombshell Council of State ruling accepts state’s vaccine side-effect liability
May Day should be honoured with a single march each year Editorial: Unity
Transcending the collective crisis will require leadership and not troublemakers Editorial: Messages
After a six-month shutdown, workers in the restaurant business laid the tables Editorial: The first step
The government has repeatedly said that the existing framework is outdated Battle royal looms over government bill overhauling labour relations, limiting strike action
The labour trade union movement is an invaluable and irreplaceable weapon of workers An urgent need for the rebirth of the trade union movement
Editorial: The pendulum of American politics
The thirty-somethings rushed to be vaccinated for the sake of their families and their friends Editorial: Front-and-centre