Fresh data that show that 83,000 families had their electricity cut off in 2017 alone due to delinquent debt to the Public Power Corporation. 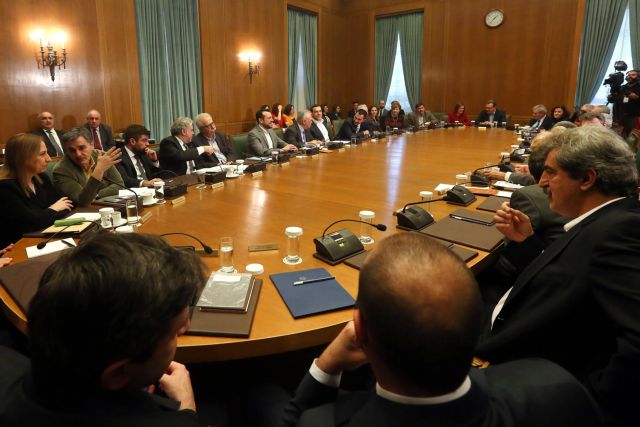 One might well be impressed by the swiftness with which the social sensitivity of the government vanished.

That negative impression becomes even worse when one takes into account fresh data that show that 83,000 families had their electricity cut off in 2017 alone due to delinquent debt to the Public Power Corporation.

SYRIZA once screamed with righteous indignation when two university students in 2013 lost their lives - from a fire caused by a coal-burning heater as their electricity had been cut off – but no one was moved by the death yesterday of a 38-year-old man who was killed in a fire caused by candles he used because the electricity was cut off. Nor was anyone moved by the student in Volos who had to study under a street lamp light because her home did not have electricity.

That party is now silent because it is in power. The problem is not just that sensitivity gave way to callousness. It is the political exploitation of such incidents.

They are exploiting the pain and unhappiness in many households that were hit hard by the crisis. That pain was aggravated by the moves of the current government, especially in the first half of 2015.

Fortunately, opposition parties today have not chosen the path of fake sensitivity and political exploitation that the ruling party once followed.

That is the first step towards not forgetting – as the government does today – and offering substantial assistance to our fellow citizens who are truly in need.

TANEA Team 3 Απριλίου 2019 | 15:38
Share
Δείτε επίσης
Περισσότερα άρθρα για Αγγλική έκδοση
Editorial: Solidarity
The message to those who refuse to be vaccinated is that vaccines are necessary and secure Editorial: Readiness
A crucial parameter is whether the punishment will be proportional to the heinous crime Editorial: Strict punishment
Editorial: A calculated diplomacy
It is the duty of the government to immediately coordinate with the expert committee Editorial: Clarity
Greece's demographic problem is complex and requires political solutions Editorial: Anachronism
A businessman has the right to bar entry to his or her establishment of unvaccinated people Editorial: Reaching an understanding
Editorial: Privileges
The NATO Summit is bound to be newsworthy as it is Biden’s first Editorial: Lines
The government must ensure that the path toward modernisation will begin. Editorial: Changes
Covid free Kythnos island – 100% of the population vaccinated
Tourism minister in the Netherlands
There are strikes, like the one at the port, held just for the sake of declaring them Editorial: Conceptions
Ideally, we should fashion a new social and economic model for Greece Editorial: Model
The government must urgently undertake necessary initiatives to root out organised crime Editorial: Root out organised crime