It is well known that authoritarian leaders who feel threatened domestically often resort to fueling nationalist sentiments so as to forge a new hegemony. 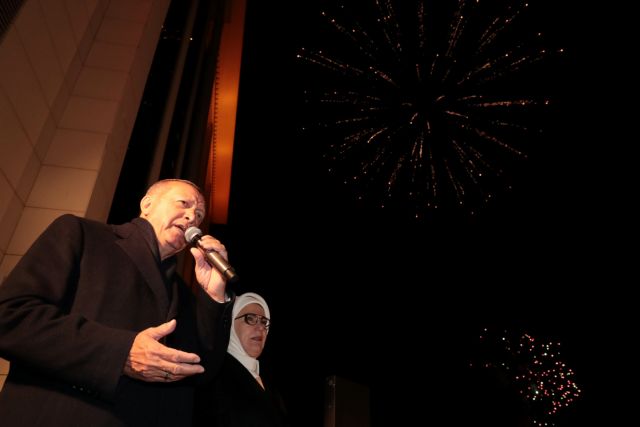 In most any democracy in the world, the electoral results of Tayyip Erdogan’s AK Party in the 31 March municipal elections after so many years of political hegemony would be absolutely normal.

Turkey, however, is not a regular democracy.  There, a leader who is addicted to power feels and behaves as if he were the absolute and eternal master of the game, as a sultan, cannot but interpret such a result as a crushing defeat for his prestige.

This emotional framework may well determine the future behaviour of the Turkish President. It will quite possibly resemble the behaviour of a wounded beast, which in political terms could result in a new round of provocations, violations, and claims.

It is well known that authoritarian leaders who feel threatened domestically often resort to fueling nationalist sentiments so as to forge a new hegemony.

It was just a few days ago that the Greek Defence Minister called on Turkey to “get serious”.  Regardless of the phrasing, it is doubtful that the minister’s plea will be heeded.

Turkey remains bound by an authoritarian and unpredictable leader.

The AKP’s potential loss of the municipality of Istanbul and the almost certain loss of Ankara aggravates the existing uncertainty.

The seriousness that Athens seeks will be hard to come by, and that is why calm and even greater caution is required.

TANEA Team 2 Απριλίου 2019 | 14:51
Share
Δείτε επίσης
Περισσότερα άρθρα για Αγγλική έκδοση
Editorial: A calculated diplomacy
It is the duty of the government to immediately coordinate with the expert committee Editorial: Clarity
Greece's demographic problem is complex and requires political solutions Editorial: Anachronism
A businessman has the right to bar entry to his or her establishment of unvaccinated people Editorial: Reaching an understanding
Editorial: Privileges
The NATO Summit is bound to be newsworthy as it is Biden’s first Editorial: Lines
The government must ensure that the path toward modernisation will begin. Editorial: Changes
Covid free Kythnos island – 100% of the population vaccinated
Tourism minister in the Netherlands
There are strikes, like the one at the port, held just for the sake of declaring them Editorial: Conceptions
Ideally, we should fashion a new social and economic model for Greece Editorial: Model
The government must urgently undertake necessary initiatives to root out organised crime Editorial: Root out organised crime
COVID-19 vaccines and immunity: We are not among the lucky ones
Our era requires balances, seriousness, planning, and of course to defend one’s red lines Editorial: A coordinated foreign policy
The Turkish Foreign Minister confirms that the big goal is to convene a Mitsotakis – Erdogan meeting Exclusive Interview TO VIMA – Mevlut Cavusoglu: The “keys” for a solution