When Greece had 39 deaths from the flu Alternate Health Minister Pavlos Polakis appeared on TV and said 'This is not a catastrophe.' 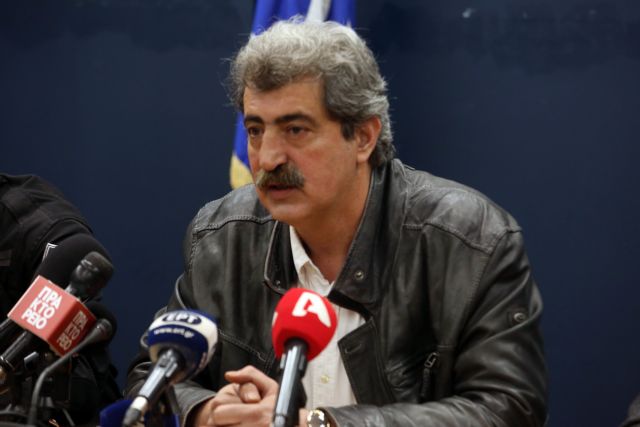 When Greece had already registered 39 deaths from the flu Alternate Health Minister Pavlos Polakis appeared on a television network and said “This is not a catastrophe.”

Will he revise his assessment now that there are 74 deaths? If not, how many dead would it take for him to feel concern?

These rhetorical questions are an attempt to show how lightly and immodestly the alternate health minister carries out his duties. It also illustrates his stubborn persistence in turning everything into a partisan issue. “This is no catastrophe. Let’s not go crazy,” he said, suggesting that the government bears no responsibility.

His basic concern is defending the government and not managing public health and confronting emergency situations such as the deadly flu epidemic.

The alternate health minister may believe that his behaviour offers good services to his party and himself, but it certainly does not serve the social whole well at all.

It may satisfy a narrow partisan audience to see him in the role of a Javert trying to jail his opponents but he is incapable of satisfying citizens’ need for a functional healthcare system.

His presence in this post is truly a catastrophe.

TANEA Team 22 Φεβρουαρίου 2019 | 23:36
Share
Δείτε επίσης
Περισσότερα άρθρα για Αγγλική έκδοση
Greece’s role as an energy hub must be emphasised Editorial: Opportunities
Mitsotakis-Biden talks: Greek-Turkish relations, the war in Ukraine, wayward Turkey’s new role in NATO
It is not in Greece’s interest for Turkey to be isolated or humiliated Editorial: Opportunity
The Marshall Plan prioritised rebuilding export capacity How should a Marshall Plan for Ukraine work?
Drop in COVID-19 deaths - number of infections, intubated patients stable, hospital admissions rise
Policing of universities is an unpleasant but necessary measure Editorial: No excuse
A strict price inspections policy is needed to curb untrammelled price hikes Editorial: Dealing with inflation
Editorial: Axes
Ta Nea has repeatedly called for decisive action Editorial: University police force plan on the back burner
Everything depends on how the social media are used Editorial: Words
SYRIZA’s gains in 2012 were a Pyrrhic victory. Editorial: Populism
There will be a 600 euro cap on the rebate Amidst uproar over skyrocketing energy costs, Mitsotakis announces rebates for households
This is the 12th anniversary of the deadly arson attack Editorial: Radio silence
Many cases involving extremely serious crimes have not been tried Editorial: A bitter political legacy
EODY has recorded a total of 3.34mn COVID-19 infections EODY: 32 COVID-related deaths, over 8,000 infections, 660 reinfections, 231 intubated patients