With the populist rhetoric that guided its thoughts and actions, the government engaged in a number of such clashes with reality, and reality won. 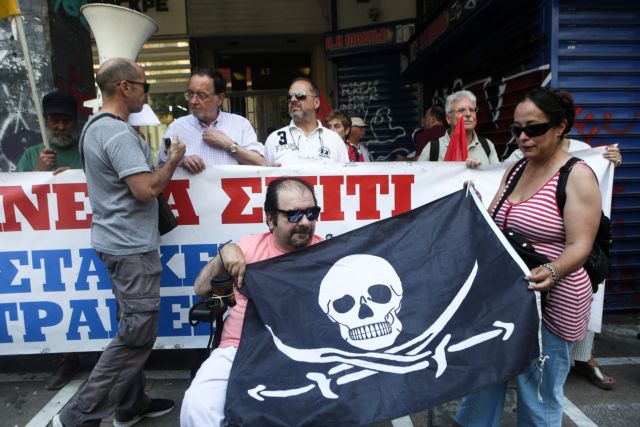 On the road to elections, the government is pulling out all the stops.

Naturally, it tried to exploit non-performing loans and the protection from foreclosure of debtors’ primary residences, raising expectations immeasurably. Once again, the government’s self-deceptions clashed with reality and reality won out.

This is not the first time that it has happened. With the populist rhetoric that guided its thoughts and actions, the government engaged in a number of such clashes with reality. It did not abolish the bailout memorandum with a single article in a single law as it had promised.  The markets did not dance to its tune as it had predicted. Greece’s partners did not back down on austerity policies.

In short, no one adjusted to the world of the ruling party.  On the contrary, SYRIZA was forced to adjust to the real world, in turn forcing citizens to pay an extremely high price.

The essential abolition of protection of debtors’ primary residences was part of that price. The party’s slogan “no home in the hands of a banker” gave way to auctions of foreclosed properties.

The protection of homes from foreclosure under the previous government is now disappearing.

Taxpayers continue to pay the price on a number of levels, including the dashing of hopes that the government steadily and artfully cultivated.

TANEA Team 13 Φεβρουαρίου 2019 | 14:19
Share
Δείτε επίσης
Περισσότερα άρθρα για Αγγλική έκδοση
Ankara is laying the groundwork for a feverish and tense summer Editorial: Responding to the challenge of Turkish provocations
The new cadres are fresh faces without much experience in politics Editorial: A new generation at the helm in PASOK
The state also has a role to play and it must act quickly Editorial: Dealing with judicial delays
The US-Greece relationship is based on mutual respect Editorial: American vote of confidence in Greece
Turkey and Greece are moving in opposite directions Editorial: Turkey's dangerous games
The Ukrainians are fighting on home turf and have very high morale Dinner with Zelensky: the character of a Ukrainian hero
The PM is also mulling a substantial cabinet reshuffle Mitsotakis no longer rules out early elections, possible autumn dates floated
Editorial: A scourge at our schools
When time is of the essence, the government has a duty to act Editorial: It is high time for reforms
Mitsotakis underlined Greece’s crucial geostrategic position PM Kyriakos Mitsotakis’ historic speech to Joint Session of US Congress (full text)
A party without self-criticism and renewal cannot move forward Editorial: Political parties transforming
Greece’s role as an energy hub must be emphasised Editorial: Opportunities
Mitsotakis-Biden talks: Greek-Turkish relations, the war in Ukraine, wayward Turkey’s new role in NATO
It is not in Greece’s interest for Turkey to be isolated or humiliated Editorial: Opportunity
The Marshall Plan prioritised rebuilding export capacity How should a Marshall Plan for Ukraine work?