SYRIZA and the Independent Greeks party experienced their joint rule as a romance. Now, we are witnessing a rupture the characteristics of which transcend politics. 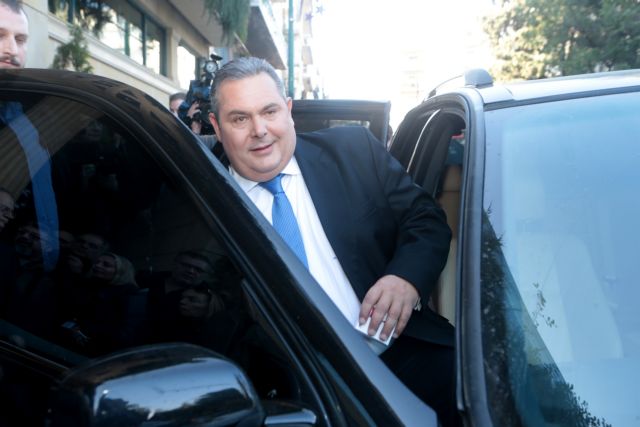 One of the few promises that the Prime Minister will keep – if not the only one – is the repeated assurance that he will “proceed together until the end” with his former coalition partner.

It appears that this common course now has been sealed definitively, whether he likes it or not.

When he won the January, 2015 general election the Prime Minister chose to govern with the Independent Greeks party. Today it is clear that this was not a political decision but rather a life choice.

The tight embrace of the two coalition partners in the September, 2015 general election (the second in less than one year) signaled more than just a reaffirmation of the Prime Minister’s trust in his junior coalition partner.

In other words, SYRIZA and the Independent Greeks party experienced their joint rule as a romance. Now, we are witnessing a rupture the characteristics of which transcend politics.

The public dialogue between the two former coalition partners is not determined by arguments but rather by behaviours that evoke negative sentiments, such as mutual attacks, threats, and innuendo.

As one can understand from the disposition of the protagonists, we are still at the beginning of a rupture that will accompany the Prime Minister through the end of his term.

This honours neither the PM nor the country’s political life, which was besmirched by this romance from the start and until the very end.

TANEA Team 11 Φεβρουαρίου 2019 | 14:31
Share
Δείτε επίσης
Περισσότερα άρθρα για Αγγλική έκδοση
European supervised drug consumption sites have been an inextricable part of drug treatment Editorial: The first step
The overturning of Roe v. Wade turns the clock back 50 years for American women. Editorial: Back and forth
Thymios' statement - “I no longer trust people.” – is a punch in the gut. Editorial: A punch in the gut
Editorial: Audits of politicians' wealth
Mario Draghi has a prominent position in the EU architecture Editorial: Alliance
After a certain point, the necessary caution is a matter of personal responsibility Editorial: COVID-19 and personal responsibility
Extremists still constitute a threat Editorial: Threat
A consciously responsible stance is needed Editorial: Maintaining COVID-19 alertness
The late PM Constantine Karamanlis famously said, 'We belong to the West' Editorial: Contradictions
The end of EU enhanced fiscal supervision signals the exit from the tunnel Editorial: Breakthroughs
Head of Greek Pomaks’ Association rips into Erdogan’s revisionist expansionism
All Greek governments since Andreas Papandreou's demanded the return of the Marbles Osborne: ‘Deal to be done’ on sharing Parthenon Marbles
All efforts toward a radical resolution of the refugee problem have failed Editorial: The end does not justify the means
France's centrist forces are rallying behind President Emmanuel Macron Editorial: The political centre
The Germans are returning, this time not to impose their will but to cooperate Editorial: Greece as a bridge between Western Balkans, EU