Ζωή & Τέχνες Υγεία Γυναίκα Παιδί Πρόσωπα & Ιστορίες Συνεντεύξεις Auto Νέα Σκίτσα Info graphics Media Market
tanea.gr > Αγγλική έκδοση > Editorial: Dispelling the fog
It is necessary to clear up the political terrain so that the economy will not persistently face the peril of derailment

Economic analysts and major financial players are underlining that political uncertainty can have an exceptionally negative impact on the course of the economy. 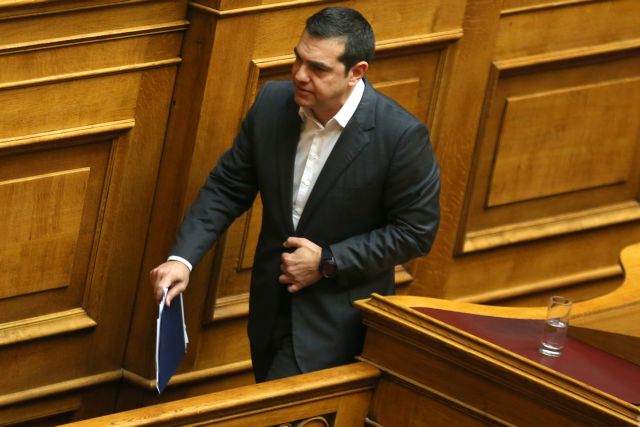 It is hardly unusual in our country to witness an excess of political chatter and a paucity of true political speech.

Day-to-day events capture attention even as discussion of the great challenges that confront the country is dispensed with.

For the last decade, there has been a single overarching issue – the economy.

The Greek economy is at a difficult juncture, as is well known to those who monitor the country from abroad.

What are economic analysts and major financial players saying? They are underlining that political uncertainty can have an exceptionally negative impact on the course of the economy.

They are saying that holding elections as soon as possible will help protect the countless sacrifices made by Greek citizens over the last years.

The clear message is that every day of political uncertainty that goes by is a wasted day for the economy.

There is no more time to lose. It is necessary to clear up the political terrain so that the economy will not persistently face the peril of derailment.

The political fog that characterises this period must be dispelled, and that is the will of the majority of Greek society.

Greek citizens want to have a say in transcending the impasse and dispelling the fog with their vote.

TANEA Team 15 Ιανουαρίου 2019 | 13:47
Share
Δείτε επίσης
Περισσότερα άρθρα για Αγγλική έκδοση
The overturning of Roe v. Wade turns the clock back 50 years for American women. Editorial: Back and forth
Thymios' statement - “I no longer trust people.” – is a punch in the gut. Editorial: A punch in the gut
Editorial: Audits of politicians' wealth
Mario Draghi has a prominent position in the EU architecture Editorial: Alliance
After a certain point, the necessary caution is a matter of personal responsibility Editorial: COVID-19 and personal responsibility
Extremists still constitute a threat Editorial: Threat
A consciously responsible stance is needed Editorial: Maintaining COVID-19 alertness
The late PM Constantine Karamanlis famously said, 'We belong to the West' Editorial: Contradictions
The end of EU enhanced fiscal supervision signals the exit from the tunnel Editorial: Breakthroughs
Head of Greek Pomaks’ Association rips into Erdogan’s revisionist expansionism
All Greek governments since Andreas Papandreou's demanded the return of the Marbles Osborne: ‘Deal to be done’ on sharing Parthenon Marbles
All efforts toward a radical resolution of the refugee problem have failed Editorial: The end does not justify the means
France's centrist forces are rallying behind President Emmanuel Macron Editorial: The political centre
The Germans are returning, this time not to impose their will but to cooperate Editorial: Greece as a bridge between Western Balkans, EU
The demographic crisis must be managed swiftly Editorial: Demographic crisis