Never since the fall of the seven-year dictatorship, in 1974, have the institutions of democracy been exposed to such strong pressures from the executive. 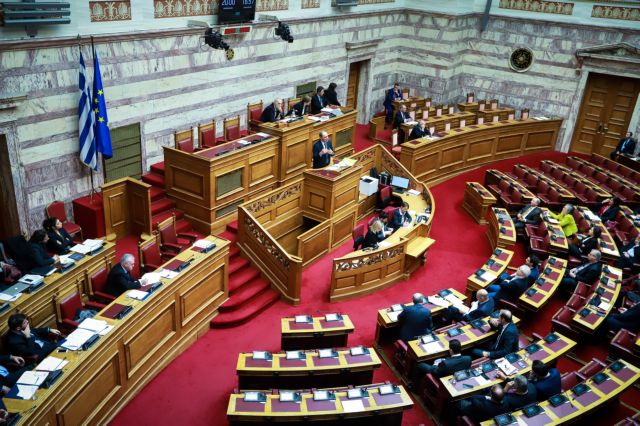 Shortly after coming to power in January, 2015, the prime minister offered assurances in parliament that the government is every word of the Constitution.

Since then, it has been proven that this was yet another hollow pledge.

The government’s handling of the Novartis affair, with interventions and manipulation, bears witness to the fact that the SYRIZA-Independent Greeks government circumvented not only the laws and the Constitution, but also fundamental principles of representative democracy, such as the separation of powers.

The alarm bells in the statement of Greece’s Association of Judges and Prosecutors do not express merely a concern, but also a grim reality.

The Novartis pharmaceutical scandal reveals a gloomy situation, the likes of which the country has never experienced in the post-junta era.

Never since the fall of the seven-year dictatorship, in 1974, have the institutions of democracy been exposed to such strong pressures from the executive.

The attacks of a minister on the judiciary demonstrate that he lacks democratic culture.

Yet, that lack of democratic culture does not concern only the person unleashing the attack, when the entire government of which he is a member remains silent.

Does the prime minister, who holds the second-ranking office in the state, approve of these attacks?

Does the President of the Republic, who is the symbol of the unity of the nation and of the safeguarding of the Constitution, approve?

What is certain is that the judiciary, which is the guardian of the rule of law, will rise to the occasion.

The judiciary will judge without bending to the threats of the executive power, and it will judge even its own functionaries who may have betrayed their mission.

After that comes the judgment of history.

TANEA Team 4 Ιανουαρίου 2019 | 19:12
Share
Δείτε επίσης
Περισσότερα άρθρα για Αγγλική έκδοση
In times of tensions military service is viewed as a national duty Editorial: Incentives for early military service
An emotional start in taking a position on developments in the region would be catastrophic Editorial: A measured response to Israeli-Palestinian conflict
The alternate interior minister said problems with COVID-19 self-tests will be resolved by the end of May Government poised to abolish mandatory SMD to leave home, working to solve self-test problems
If Syriza believes it can garner political gains with daily political transformations it is sorely mistaken Editorial: Political vertigo
Santander Consumer Finance begins activities in Greece
Evangelos Marinakis: Post-Covid Shipping and the Environment – Green Energy Investments
The US ambassador says Biden has “opened up a new vocabulary of cooperation” with Greece Pyatt see deeper US-Greece strategic ties under Biden administration
The case will be re-tried in the framework now set by the Council of State Bombshell Council of State ruling accepts state’s vaccine side-effect liability
May Day should be honoured with a single march each year Editorial: Unity
Transcending the collective crisis will require leadership and not troublemakers Editorial: Messages
After a six-month shutdown, workers in the restaurant business laid the tables Editorial: The first step
The government has repeatedly said that the existing framework is outdated Battle royal looms over government bill overhauling labour relations, limiting strike action
The labour trade union movement is an invaluable and irreplaceable weapon of workers An urgent need for the rebirth of the trade union movement
Editorial: The pendulum of American politics
The thirty-somethings rushed to be vaccinated for the sake of their families and their friends Editorial: Front-and-centre