'Even the dread ENFIA real estate tax will be reduced [slightly] and there will be a hike in the minimum wage, which is now 586 euros gross monthly' 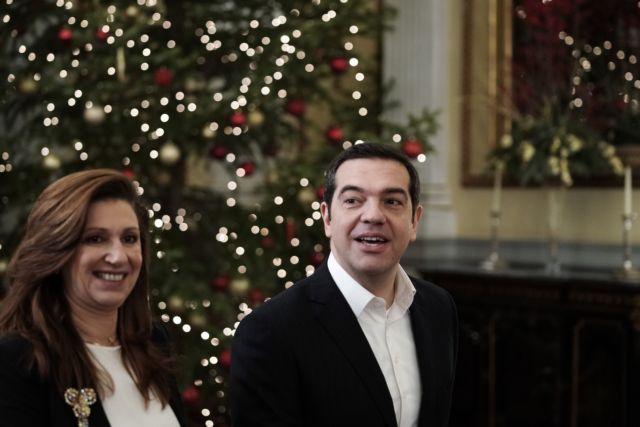 Germany’s Frankfurter Allgemeine Zeitung (FAZ) has focused on PM Alexis Tsipras’ Christmas spending spree and the so called “social dividend”, handouts based on economic criteria and deriving from that portion of the primary surplus that exceeds targets.

The subtitle of the FAZ article tells the story in a nutshell: “Prime Minister Alexis Tsipras is handing out gifts ahead of this year’s elections, but all of that has a price.”

“The pre-election gifts are reminiscent of the Horn of Amalthea, the mythological symbol of abundance. About 1.4mn families received a ‘social dividend’ of up to 1,350 euros in December. Moreover, 115,000 public sector and armed forces pensioners received a total of 223mn euros as compensation for previous cuts,” the article reports about the court-ordered returns.

“Because the government, due to pressures from creditors, was forced to abolish a special VAT tax discount for Aegean islands, it launched a pilot programme that will distribute a fuel subsidy with a total 570mn euro price tag for the next three years. Beyond that, about 250,000 freelance professionals - from farmers to lawyers - whose insurance contributions were hiked by 27 percent in 2016, will now receive a 30 percent discount on their contributions,” FAZ noted.

“Even the dread ENFIA real estate tax will be reduced (slightly) and there will be a hike in the minimum wage, which is now 586 euros gross monthly.”

“The most important pre-election gift is the cancellation of legislated pension cuts, worth a total of 2.06bn euros. The government persuaded the European Commission with the argument that the net additional cost will be only 355mn euros, as the cuts would have led Athens to increase social benefits (to counter-balances losses).”

FAZ concludes that the Tsipras administration has yet to come up with a long-term economic plan and has not even taken fundamental decisions in that direction. “One-off stipends are being disbursed to more and more groups of beneficiaries, which are arbitrarily determined when (super) primary surpluses are reached.”

“Tsipras, who began as a candidate who would free Europe from ‘Merkelism’, without hesitating to link the Chancellor to National Socialists, may end up without a debt haircut, but with a Nobel Peace Prize and as a close partner of the German Chancellor.

Κούκλες μανεκέν για social distancing
TANEA Team 2 Ιανουαρίου 2019 | 15:01
Share
Δείτε επίσης
Περισσότερα άρθρα για Αγγλική έκδοση
Editorial: Roles
Editorial: Opposition
French crisis measures have cost 450 bln euros, finance minister says
Euro zone bond yields steady; focus remains on recovery fund
Until when does Mr. Melissanidis think that he can set the ‘rules of the game’?
Greek A-team in the coronavirus battle: Mount Sinai's Antonis Charokopos
Editorial: Challenges
Ta Nea today presents the Athens Municipality plan which is daring but must also be functional Editorial: The Greek capital
Editorial: Recognition
Editorial: A lesson of life
An economic restart is inconceivable with a drop in the employment rate Editorial: Tools
Over 250,000 jobs are expected to be lost Editorial: Standing
It means mutual respect and trust between state, citizens Editorial: A new social contract
The NHS was and in many way remains the sick man of the Greek state Editorial: Pride and joy
Ambassador Op-Ed for Ta Nea The U.S. and Greece: Partners in the Pandemic and the Day After