'It is the least indication of gratitude and honour toward these people from the Greek state, as they are an example to be emulated due to their self-sacrifice and their contribution to society,' said Interior Minister Alexis Haritsis. 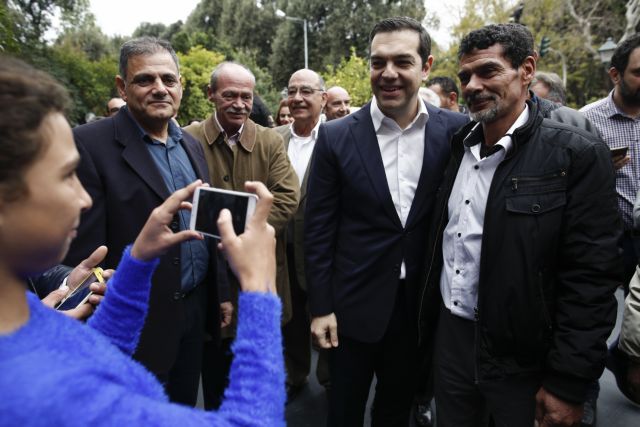 President Prokopis Pavlopoulos will symbolically bestow Greek citizenship on three migrant fishermen who displayed unprecedented valor during the deadly summer wildfire in Mati and who along with Greek fishermen saved the lives of dozens of residents who had fled to the sea for survival.

Those who will receive citizenship at the 2 January ceremony are 50-year-old Emad El Haimi and 46-year-old Mahmoud Ibrahim Moussa, both Egyptian nationals, and Albanian national Gani Tzeka.

Prime Minister Alexis Tsipras praised the three migrants during a 4 September visit to Mati and stated that their bravery in saving lives should be recognised by the granting of Greek citizenship.

Subsequently, Interior Minister Alexis Haritsis instructed the general secretariat for citizenship to rapidly complete procedures and then he wrote the legally mandated proposal to the President of the Republic.

“It is the least indication of gratitude and honour toward these people from the Greek state, as they are an example to be emulated due to their self-sacrifice and their contribution to society,”Haritsis had said.

Moussa, who has lived in Greece for the last 31 years, had expressed his gratitude about the state’s move in speaking to the state-run Athens News Agency in November.

“I always felt Greek. When I heard the Prime Minister say they will grant us citizenship, I felt something in my soul. It is my country. It is my fatherland. I can’t tell you how happy I felt when I heard the PM say, ‘You are from here.’”

Κοροναϊός : Από πού ξεκίνησε η μετάδοσή του στους ανθρώπους
TANEA Team 31 Δεκεμβρίου 2018 | 14:01
Δείτε επίσης
Περισσότερα άρθρα για Αγγλική έκδοση
The president-elect of Greece has won people over even before assuming office Editorial: Modesty
Marinakis just dealt the final blow to the so-called ‘clean-up’ of Greek Football in front of UEFA/FIFA
The dialogue Marinakis to Grammenos: «You have been doing anything that Savvidis was telling you for such a long time and now you’ve become sensitive?»
President-elect Ekaterini Sakellaropoulou symbolises Greece’s passage to a new era with greater consensus and less toxicity Editorial: A victory for democracy
'Our country is governed by the rule of law and is a force of stability, growth, and culture' President-elect Sakellaropoulou to focus on defending rights, sovereignty
Turkey’s provocations are non-stop Editorial: Audacity
Hospitals should not be excluded from public-private partnerships Editorial: Partnerships
The government in Tripoli has said that Greece 'has nothing substantial to offer'. Haftar in Athens, Greece to veto EU approval of Libya peace deal if MOU with Turkey not canceled
The nominee has the prestige and wherewithal to serve the office in a worthy manner Editorial: Consensus
The last president who was not a politician was Christos Sartzetakis who served between 1985-1990 In historic move, Mitsotakis taps Council of State chief to serve as first woman president
Realism at all levels and in every way must be the only guide Editorial: Realism
Greece cannot be punished ad infinitum for the errors of the past Lower primary surplus targets key to Greek economic growth
Indian slaves swap life of bondage for seat in boardroom at tea plantation
Editorial NEA: Puzzle
EU resumes probe into Boeing-Embraer deal, sets new April 30 deadline