In the economy, careful steps and even more so prudence are needed, especially since the international environment of late has been especially unstable. 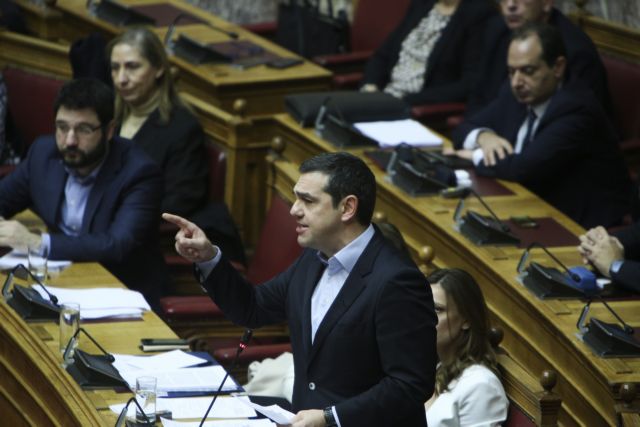 Optimism goes hand-in-hand with the start of a New Year. The hope that it will bring broader changes is innate in human beings, and the prospect of a brighter future is more vibrant than at any other time of year.

With our country having been sorely tested over the last years, it would be wonderful if as a society we could preserve that optimism even after the festive holiday season.

One must at the same time keep in mind that the challenges which our country and the world face are not determined by the calendar.

“Facts are always stubborn things and whatever may be our wishes, our inclinations, or the dictates of our passions, they cannot alter the state of facts and evidence,” as US President John Adams famously said.

It is clear, for example, that the economy remains a major challenge and wager for our country. Careful steps and even more so prudence are needed, especially since the international environment of late has been especially unstable.

No political narrative and no need of any party can be allowed to undermine the enormous efforts and sacrifices made by the Greek people in order to achieve economic recovery.

The country’s political forces are obliged to take that into account, given the fact that 2019 will be a year of multiple elections – general, local and regional, and European Parliament.

While the elections in Greece may lead simply to a handover of power, the European Parliament elections may well produce a very different political terrain in the EU.

That means that there is no end to challenges. While it is always legitimate to hope for the best, it is also wise to prepare for the worst.

TANEA Team 30 Δεκεμβρίου 2018 | 01:22
Share
Δείτε επίσης
Περισσότερα άρθρα για Αγγλική έκδοση
Editorial: Audits of politicians' wealth
Mario Draghi has a prominent position in the EU architecture Editorial: Alliance
After a certain point, the necessary caution is a matter of personal responsibility Editorial: COVID-19 and personal responsibility
Extremists still constitute a threat Editorial: Threat
A consciously responsible stance is needed Editorial: Maintaining COVID-19 alertness
The late PM Constantine Karamanlis famously said, 'We belong to the West' Editorial: Contradictions
The end of EU enhanced fiscal supervision signals the exit from the tunnel Editorial: Breakthroughs
Head of Greek Pomaks’ Association rips into Erdogan’s revisionist expansionism
All Greek governments since Andreas Papandreou's demanded the return of the Marbles Osborne: ‘Deal to be done’ on sharing Parthenon Marbles
All efforts toward a radical resolution of the refugee problem have failed Editorial: The end does not justify the means
France's centrist forces are rallying behind President Emmanuel Macron Editorial: The political centre
The Germans are returning, this time not to impose their will but to cooperate Editorial: Greece as a bridge between Western Balkans, EU
The demographic crisis must be managed swiftly Editorial: Demographic crisis
There was a Jewish presence in Thessaloniki even in antiquity, and the Apostle Paul preached in its synagogue Leon Saltiel: Glimmers of hope in battling Greek antisemitism
Investment will also play a pivotal role Editorial: The dynamic of the Greek economy