“As President of Bulgaria, I do not agree with the name ‘Northern Macedonia’. There is no such country. That name cannot be adopted. We cannot accept that there is a ‘Macedonian language’," said Rumen Radev. 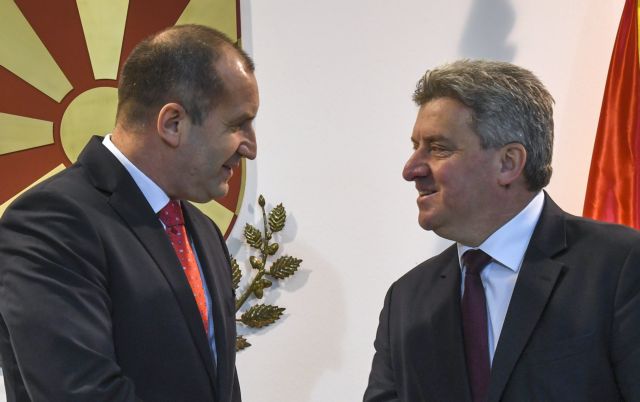 Bulgarian President Rumen Radev has for the first time publicly taken a stand against the Greece-FYROM Prespa Agreement and criticised the government of Prime Minister Boyko Borisov.

“The actions of the Bulgarian government regarding the (Nato, EU) accession of Western Balkan countries are proceeding very swiftly and at the expense of our country. It is difficult to resolve centuries-old problems in just six months. The speed with which the government signed the agreement regarding good neighbourly realations (with FYROM) without discussing it with Greece and without domestic consensus is inexplicable,” Radev said.

“As President of Bulgaria, I do not agree with the name ‘Northern Macedonia’. There is no such country. That name cannot be adopted. We cannot accept that there is a ‘Macedonian language’. That is the worst possible thing for the stability of the Balkans,” said the Bulgarian President.

Bulgarian Deputy PM against accord

Bulgarian Deputy Prime Minister Krassimir Karakachanov had some weeks ago reacted quite negatively to the Prespa Agreement, threatening that Sofia will veto FYROM’s accession to the EU and Nato if the accord comes into effect.

“Mr. Zaev, do not abuse the issue of the name (of FYROM). That could cost you your accession to the EU and Nato. We will not allow compromises regarding the history of Bulgaria, as the territory (of FYROM) was Bulgarian,” Karakachanov had warned.

Karakachanov had cited what he called the provocative statement of Zaev in FYROM’s Parliament that the Prespa Agreement grants the right of recognition of a “Macedonian language” and that this right can no longer be disputed.
“There is no such language and no one can establish it,” Karakachanov had said.